Jumping the Paywall, Part I 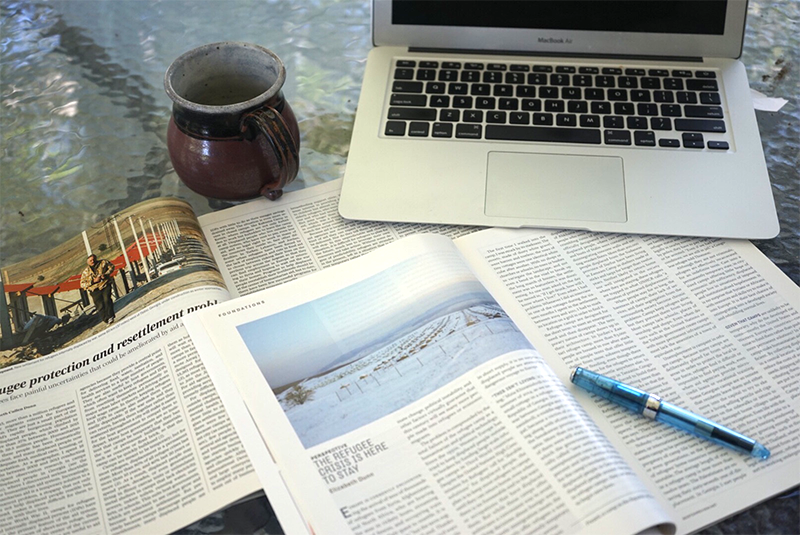 The power of writing for a non-academic audience first hit me when I was quoted in the New York Times. Four short words of mine—“the guy’s a liar,” said of a former colleague—were read by more people than the entire rest of my work put together. When I compared the New York Times’ 900,000 subscribers to the reach of my scholarly articles, I soon became really frustrated. My best stuff, articles I’d labored over for months, was locked behind a paywall. One paper, which took me nearly two years to write, ended up being cited only two times.

That’s better than average: over 82% of humanities articles are never cited, and over 45% of social science articles are never read by anyone other than the author and the editors. I once asked a colleague why she wrote. Her answer was “I’m speaking truth to power.” But the truth is that power doesn’t read our journals. If we want to actually change the minds of people who shape the way the world works, we have to get our ideas in front of them, in places they actually do read.

So how do we get more people to read what we have to say? The answer is to escape the paywall and publish in wide-circulation media—and it’s easier than you think. In the last three years, I’ve published in Slate, Boston Review, and in Science, a magazine that goes out to nearly a million people. This has gotten me interviews about my work in Die Zeit, the LA Times and other major newspapers. What I have to say is no longer just about my own career, or about impressing colleagues who already think the way I do. It’s about shaping public opinions on issues that matter. And the best part is that it is exciting, fun writing—writing at a breakneck pace, without the turgid wordsmithing of academic writing.

Before you begin writing, you should decide WHO you want to reach, and WHERE you can reach them. The obvious places are venues with a huge readership: the New York Times’ op-ed section, for example, which regularly takes columns from academics. The Atlantic and the New Yorker, too, occasionally take articles written by academics. Journals of ideas, like the Boston Review and the LA Review of Books are read both by academics and by smart, intellectual people outside the academy, as are literary journals like Iowa Review. But your best odds are to aim for a more restricted audience, one that is already particularly interested in your topic. Foreign Affairs, with a circulation of 195,000, might be a good place, if your work touches on foreign policy; HR Magazine would be a great place for work on employees, corporations, and labor. An article in the New England Journal of Medicine’s “Perspectives” section would reach doctors all over the country.

When should you write? When there’s a news hook. Any time something happens and you can use your research to comment on it, that’s the time to convince editors to give you space. You might write an “explainer” article, that walks a lay audience through a complicated issue. You can write a “how did we get here?” article that provides helpful background on a current issue. (This is what historian Jill Lepore, who writes for the New Yorker, does when she writes about the history of surveillance, or Wonder Woman).

Or try a comparative article, one that explains something in one part of the world in order to create a framework for understanding a phenomenon in another part. (Masha Gessen, who writes mostly about authoritarianism in Russia, often does this). You can also try what I call the “world in a teacup” strategy, in which you write about one small thing in order to illustrate a much bigger problem. My article on Ikea’s new “Better Shelters” for refugees follows this strategy to argue for resettlement instead of putting refugees in camps. In each case, you’ll need to use what you know to cast light on something of current concern.

Once you have a venue and an angle, you’ll need to swing into action. Wide-scale media works at an astronomically faster pace than academia. When Michael Bobick and I were asked to write about the invasion of Ukraine for American Ethnologist, for example, we wrote “The Empire Strikes Back,” had it reviewed, revised it, and had it accepted, all in five days—and then had to wait 4.5 months for it to get through the publication process. When I wrote my piece for Slate, I pitched it one day, wrote it the next, and had it published within 48 hours. It might seem ironic that slow, patient research is what qualifies us to write fast journalism—but rather than seeing one mode of writing as better (or more authoritative) than the other, it helps to think of what we do as “slow journalism,” a way of using in-depth research to bring fact, detail and nuance to a wide audience. The tempo of journalism is not antithetical to the practice of scholarship, if you write fast when there’s a topic you already know about.

The first step is write a pitch. Your pitch is the most important thing you’ll write. It not only tells an editor what you’d like to write about, it also serves as a sample of your writing. It has to be clearly written, lively, and informative in order to pique the editor’s interest. It should be no more than one paragraph, capturing not only your topic, but your unique angle and argument. Tell the editor why this article is newsworthy or why it should be published now. Most importantly, explain why this publication’s readers will want to read it. Why does what you’re doing matter? Make sure you tell them how many words the article will be and when you can have it in. (And the answer to that question had best be SOON. The news cycle moves so fast that if you wait too long, your article will no longer be newsworthy).

Your next task will be to write fast—faster than you’ve probably ever written before. In Part II, I’ll talk about how to write for a mass audience, how it’s different from academic writing, and most importantly, how to suspend your inner censor and write more quickly and freely than you have before.

Elizabeth Cullen Dunn is Professor of International Studies at Indiana University. An anthropologist by training, her research focuses on refugees and internally displaced people. Her new book, No Path Home: Humanitarian Camps and the Grief of Displacement, was published this year by Cornell University Press.