The American Ethnological Society is the oldest professional anthropological organization in the United States. Founded in 1842 to encourage emerging anthropological research on human cultures.

The American Ethnological Society was begun in 1842 in New York City by Albert Gallatin and John Russell Bartlett. Founded to encourage research in the emerging field of ethnology, its goal was to foster “inquiries generally connected with the human race” (from Helm 1976).

The early meetings of the Society provided a forum for discussion of a wide range of topics, including geography, history, archaeology, philology, craniology, literature, and travel. Meetings were held in New York City at the homes of Society members and were, not surprisingly, a mixed bag of paper presentations, discussion, and social networking. The earliest papers presented at Society meetings were attentive to matters of mapping, antiquities, Biblical history, and travel, as well as to issues more readily characterized as physical anthropology and ethnology. 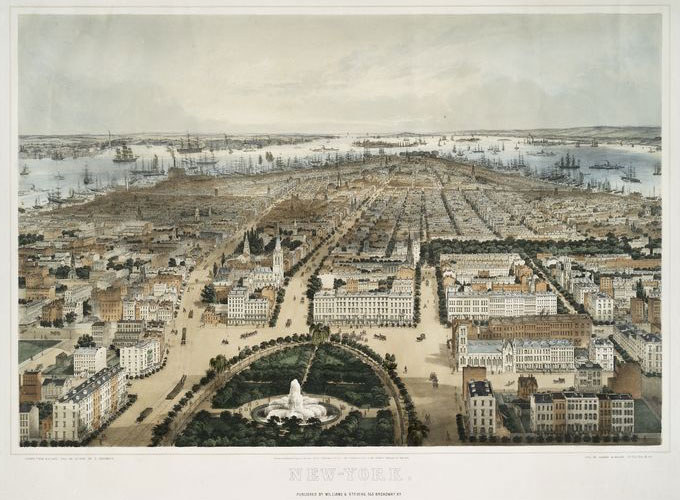 Though membership and academic rigor fluctuated in the Society’s early years, and financial resources were not always forthcoming, the AES remained a coherent organization. Its strength as a scholarly institution was due in large part to its publications, which, though not always consistently produced, fostered a sense of a community in the burgeoning field of American ethnology. The Society remained small and restricted to the New York City area in the nineteenth century. Its membership consisted primarily of professional men from a wide range of occupations who maintained an interest in things ethnological outside of their own professions. Members included physicians, lawyers, clergy men, travel writers, and politicians, and, not uncommonly to the discipline as a whole at this time, few who could consider themselves “field-workers.” Early debates revolved around the question of ethnology as a useful tool of missionary work versus ethnology as an end in itself, reflecting the division in the Society’s membership between clergy and non-clergy. Likewise, other debates engaged matters of concern to the discipline as a whole in this period and reflected the cross-cut of professions represented in the Society’s membership.

After its first twenty years, financial difficulties and ideological dissent led the AES to undergo a series of permutations, dissolutions, and re-organizations. Although the American Ethnological Society remained an organization as such through the end of the nineteenth century, it lost much of the prestige and vivacity of its early years, not to regain it until the turn of the century, when concern (and nomenclature) shifted away from the disparate evolutionary concerns of nineteenth-century “ethnology” and toward the more field-work-oriented academic discipline of “anthropology,” structured according to the four fields of archaeology, linguistics, physical anthropology, and socio-cultural anthropology.

In the second decade of the twentieth century the Society entered a new phase of heightened dynamism as it came to be more closely associated with Columbia University. The resurgence of scholarship and interest reflected the increasing professionalization of anthropology, and was to set the tone for the future of the AES. Reflecting such professional changes, the Society re-organized itself as a scientific organization and meetings were held jointly with the Academy Section at the American Museum of Natural History. In 1916 the Society was incorporated, becoming the American Ethnological Society, Inc., thereby shifting from being solely a membership-based association. Although membership remained confined to primarily the New York City area, the organization strengthened its connections to the national and international anthropology community.

Participation during this crucial period spanned the emergence of American anthropology and included, over a period of several decades, Franz Boas, Elsie Clews Parsons, A.A. Goldenweiser, Robert Lowie, Ruth Benedict, Ella Deloria, Ruth Bunzel, and Clark Wissler, among many others engaged in the founding of the discipline in America. The AES became once again the forum for the presentation of research and scholarly papers. According to Lesser, the dynamism of the Society at the time was due to the fact that it was constituted by a “small but expanding circle of men and women who seemed aware that they were shaping and molding the fundamentals of modern anthropology” (in Helm 1976:128).

It was during this period that the links between the AES and the American Anthropological Association (AAA) were initially forged. Members of the AES were automatically granted membership in the AAA. Also important at this moment in the AES’ history were the connections made and maintained with other disciplines, as membership occasionally included non-anthropologists and joint meetings and events were held with associations from other disciplines. The Society stepped up its publications during this period under the guidance of Franz Boas, who initiated an influential series on Native American cultures and languages. In the 1930s, in an effort to foster the growth of the discipline, the AES endeavored to provide financial support for students and a forum for the publishing of doctoral dissertations. In order to increase its financial standing the Society sought to increase both its membership and the distribution of its publications, most notably the American Anthropologist, published jointly with the AAA. In 1936 the AES monograph series was established. Its first editions were published in 1940, making the AES more of a mainstay in the world of anthropological publication. By the Society’s centennial there were six monographs in print.

The AES holds meetings annually in various locations across North America. In the 1950s, according to past president June Helm, the Society “went national,” expanding from being a New York–based society with national links. Since then the AES has expanded considerably to what can be considered an international level, while maintaining the tradition established at the beginning of this century of being intrinsically connected with the growth and development of American anthropology. In 1972, at the suggestion of the AAA board, a new journal, the American Ethnologist, was created to meet the growing demand to publish specifically socio-cultural anthropology articles. The use of the word “ethnologist” in the title addressed the specificity of this demand, differentiating itself from the more general, “four-fields” project contained under the heading of “anthropology.”

In the early 1980s the AES voted to become incorporated by the American Anthropological Association as a sub-section. At this point the journal American Ethnologist was taken on by the AES, while the journal American Anthropologist remained the responsibility of the AAA. Since its founding in 1842 the AES has maintained its own membership, board of directors, and distinct identity as a long-standing and historically important association of anthropologists.