The Legacy of Radical Praxis in New Mexico: Getting Trained by Louise Lamphere

Our mentor, Louise Lamphere, has unquestionably made her mark on the discipline of anthropology through her pathbreaking scholarship in feminist anthropology in the 1970s and a steady stream of subsequent scholarly output about labor, immigration, health inequities, and theorizing public anthropology. The landmark class action lawsuit she brought against Brown University in 1975 exposed gender discrimination in academia and her leadership position as President of the American Anthropological Association (AAA) from 1999-2001 positioned her as a critical voice ushering anthropology into the 21st century. To be Louise’s graduate student meant witnessing her operate in these multiple superstar roles, while also seeing her tirelessly at work recruiting and mentoring generations of graduate students at the University of New Mexico (UNM), and cultivating a community of intersectional feminist scholars, trained in her particular brand of radical praxis. Louise did all this, while also delivering her (in)famous 11 p.m. mentoring telephone calls and showing up to graduate seminars with the steady stream of coffee pouring out of her 1970s-era Stanley thermos (a thermos of which Andrea now has an identical copy). 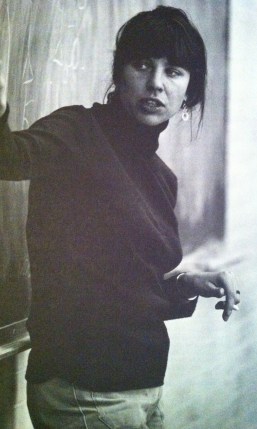 One of the most profound aspects of being her student at UNM was how she cultivated a dynamic of inclusion, anti-elitism, and allyship with non-traditional students. We may not have had the “pedigree” that most people messaged we needed to make it in a cutthroat academic discipline, but Louise always saw this as a strength and taught us how to fight in every arena—to get a seat at the table, earn prestigious grants, and eventually secure tenure-track university positions. She did this because she fundamentally believed in us and our scholarly contributions and felt that disciplinary elitism was an injustice that left exceptional scholars from underrepresented groups marginalized and invisible. She frequently rallied bell hooks’ (1984) critique of mainstream feminism as exclusionary to Black women and adapted hooks’ model of the interplay between “the margins and the center” to teach us about scholars that were rendered invisible in the anthropological canon because of racism, hetero-patriarchy, and structural inequities. Louise also compellingly laid out this vision to membership in her Presidential Address at the 100th Meeting of the AAA, which was also adapted into the 2004 article, “Unofficial Histories: A Vision of Anthropology from the Margins.” Despite the fact that she was famous in the field, at UNM she was deferent to the leadership and traditions of the Indigenous and Latinx communities in New Mexico. She always acknowledged that intergenerational local knowledge should outweigh university institutional authority. She made a space for Andrea, for instance, to cultivate feminist radical praxis that was rooted in her experience as a Chicana from the southwest. This praxis shapes how we teach theory today to our own students.

Louise always sought to implement radical inclusion by making her seminars welcoming and less formal in structure and tone. She insisted from the beginning that we call her Louise (despite our hesitancy) and ensured that we were properly fueled with pre-arranged snacks (which we provided) and coffee (which she did). Ritualistically carrying the full-size coffee pot to class each week was just as important as the eventual conversations we held. She also enjoyed hosting department functions at her home. During a party at the end of Christina’s first semester, she arrived right on time and was surprised to find herself being put to work stringing up holiday lights and digging in the dirt to make luminarias to adorn the walkway. Yet, during the semesters when Louise was on leave (as she split her time in California, New Mexico, and New York towards the end of her teaching career), there was a noticeable void in departmental conviviality as no one could quite fill her place. Louise was also determined to create linkages between newer students and the broader UNM network of advanced graduate students and alumni. Sometimes these orchestrated meet-ups felt like an awkward speed date in which Louise had set you up with someone for reasons about which you both were not entirely clear. Eventually, though, the connections came to make sense, and indeed yielded future opportunities. Louise was instrumental in helping to loop Christina into the thriving Albuquerque-based medical anthropology network that helped her to fund her graduate training in a department in which funding was scarce. She not only gained invaluable interdisciplinary research experience, but this ultimately lead her to a rich postdoctoral training opportunity that reshaped her career path. She was also instrumental in encouraging Andrea to apply for a fellowship with the Robert Wood Johnson Foundation Center for Health Policy at UNM, which fundamentally shaped her path as a medical anthropologist and future interdisciplinary public health researcher.

Louise’s nationwide network of UNM colleagues holds its annual gathering every November at the AAAs, which Louise is fond of pointing out she has not missed since the late 1960s—not even the year when her beloved son Peter Brett was born. As AAA season approaches, we all await the email that arrives like clockwork each year, concretizing details of our social gathering. Despite all our other competing obligations, we prioritize this gathering—it is Louise who convenes it after all—and even manage to muster the energy to keep up with our septuagenarian mentor when the timing happens to fall late into the night after all of the sessions, business meetings, and keynotes have finally wrapped up. Importantly, not everyone who participates in this annual late-night ritual was a student of Louise’s; yet, she treats them as if they were, just as deeply invested in their developing careers and overall well-being. The network also spans multiple cohorts and generations. We all benefit from the collective wisdom of the group and know that we can count on colleagues who are further along in their own academic trajectories to share their advice about navigating academia as freely and generously as Louise did with them. This is the dynamic of inclusivity and investment in community that she modeled for us all.

Because of her stature in the field, Louise has an expansive network of her own. She possesses an encyclopedic knowledge of scholars, their institutional affiliations, and current scholarship. She maintains her knowledge of all subfields and areas within the discipline—in part by attending more AAA and Society for Applied Anthropology (SfAA) sessions than anyone we know—indeed she has been attending the meetings for more than 50 years. She apparently also never says no to serving as a discussant or on a committee close to her heart. If you search through the program, you will see her name and influence sprinkled throughout. Louise shares generously of her extensive network of contacts and these connections have benefitted her students as they have forged their own career trajectories.

In the latter part of her career, Louise became an outspoken advocate for public anthropology, a long path she detailed in her address, “The Transformation of Ethnography: From Malinowski’s Tent to the Practice of Collaborative/Activist Anthropology” when she was awarded the Malinowski award by the SfAA in 2017. We embarked on our graduate training during this chapter of Louise’s storied career and unquestionably bear its imprint. As we are now colleagues as tenured (Getrich) and tenure-track (López) faculty in the Department of Anthropology at the University of Maryland, we are able to sit together and reflect on the magnitude of Louise’s influence on how we approach mentoring our medical anthropology students and carry forward a critically applied, social justice-oriented anthropology. Louise taught us that we can cultivate an academic matrilineage that resists the elitism and exclusionary practices that are too often the norm in academia. Instead, our engaged scholarship and approaches to teaching and mentoring can create pathways for our exceptionally brilliant and diverse student body at a large public institution to explore their own contemporary versions of radical, critically applied work. And just as Louise taught us, we can work daily to develop a radical praxis that allows future generations of diverse scholars to push us in the continual pursuit of social justice that is fundamentally intersectional and creates spaces for those historically at the margins to be centered in the production of anthropological knowledge.

Lamphere, Louise. 2018. “The Transformation of Ethnography: From Malinowski’s Tent to the Practice of Collaborative/Activist Anthropology.” Human Organization 77(1): 64-76.

Cite as: Getrich, Christina M. and Andrea M. López. 2021. “The Legacy of Radical Praxis in New Mexico: Getting Trained by Louise Lamphere.” In “Genealogies of the Feminist Present: Lineages and Connections in Feminist Anthropology”, edited by Lynn Bolles and Mary H. Moran, American Ethnologist website, 24 May 2021, https://americanethnologist.org/features/collections/legacies-and-genealogies-in-feminist-anthropology/the-legacy-of-radical-praxis-in-new-mexico-getting-trained-by-louise-lamphere

Christina M. Getrich is an Associate Professor of Anthropology at the University of Maryland, College Park, whose research and teaching is focused on the consequences of U.S. immigration policies and enforcement practices and the health and well-being of immigrants and their children.

Andrea M. López is an Assistant Professor of Anthropology at the University of Maryland, College Park. Her research examines how subjectivities are formed within the context of U.S. War-on-Drugs policies, which include punishment, racialization, and social exclusion in marginalized communities impacted by health inequities.