Esther Newton Made Me Gay

Well, maybe not just me. Esther Newton’s contribution to anthropology laid the foundation for all of us to imagine gayness as a generator of culture and thus provided the basis for the emergence of LGBT anthropology in the many forms it has taken. 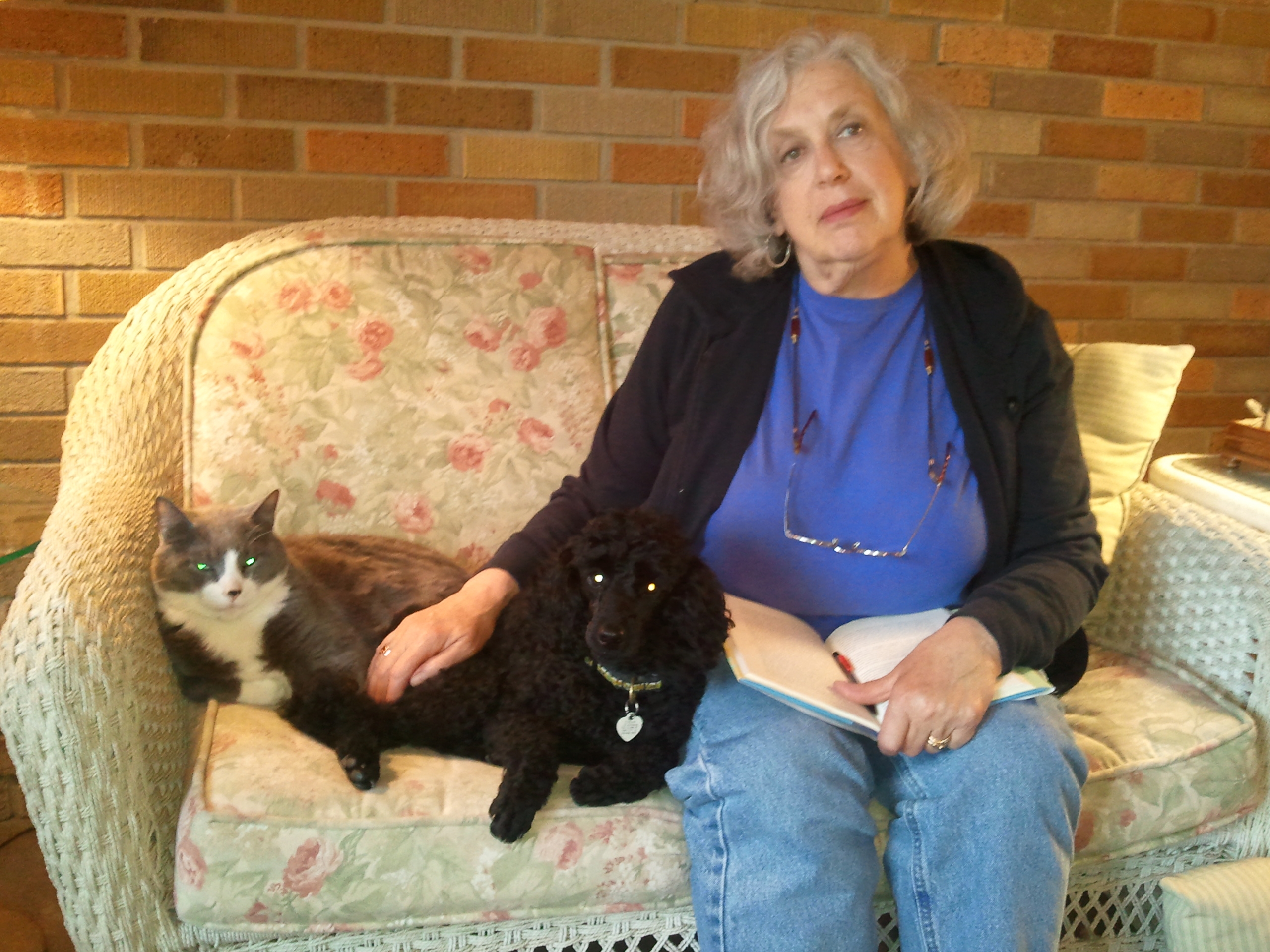 In the introduction to her volume of essays, Margaret Mead Made Me Gay, Newton describes the experience of reading Mead’s Coming of Age in Samoa in college. The accounts of sexual behavior during adolescence documented in the book demonstrated the ways in which culture shaped the options and preferences available to young people and constituted “a defense of cultural and temperamental difference” that legitimated the kinds of unease Newton was experiencing in her own adolescence (Newton 2000: 2). Once it was clear that cultural relativism could be applied to sexual preferences and the performance of gender, it became clear to Newton that her own sexual and gender sensibility was as authentic and legitimate as any other. This dramatic epiphany led Newton to set her sights on a career in anthropology, choosing a path Mead had earlier pioneered, that of an activist intellectual who would “chronicle and champion the lesbian and gay cultures in which I have found both a home and ever-compelling subject matter” (Newton 2000:3). It is this combination of intellectual engagement and advocacy that Newton developed in her work, and that is fundamental to what LGBT anthropology does in the world.

Before Newton’s first important work, Mother Camp (1972), gay life featured prominently in discussions of deviance and thus floated as a sort of disconnected dysfunction, a cultural wasteland, not securely anchored to a culture in which it was putatively situated. Early on, most work that seemed enlightened, in that it testified to the widespread existence of homosexuality, came from psychiatry, history, or sociology. But following the publication of the Human Relations Area File-based compendium (Ford and Beach 1951), the behaviors that could be classified as “homosexual” began to appear in some scattered anthropological publications, proving, at least, that such people existed. In the words of Kath Weston, such accounts offered a kind of “ethnocartography,” an enumeration of the kinds of behaviors to be discovered in diverse cultural settings (1993). While many of these writings actually appeared after Mother Camp, they sought to document the wide distribution of homosexuality, countering notions that such behaviors should be understood as isolated instances of western deviance. In many ways, these accounts provided a legitimization of homosexuality, by showing how widespread it was, appearing across diverse cultural settings. This project resembled the search for great women in history that exploded with the start of the women’s liberation movement.

Mother Camp moved this field in a new direction, showing us that being gay, here enacted by the drag queens she studied in Chicago and Kansas City, provided the template for a culturally coherent way of life. What was required for that to operate? Principally, a set of meanings that were shared and that offered a foundation for action and understanding. These were the meanings that made sense in the world of professional drag performance and that of both performers and among various people whose lives played out around drag shows. These meanings operated with the consciousness of their “deviance” as some performers distanced themselves from gay identity by emphasizing that drag performance was their profession. Here, being gay moved from being a behavioral datum to the foundation of a culturally-rich way of life.

Mother Camp revealed that beneath the surface of drag, in the context of public performance, a shared understanding of gender was lodged, one that declared the public enactments of gender to be far more flexible than otherwise assumed. Drag queens manipulated the relationship between their inner personhood—not immediately perceivable—and their outer presentation, as organized in clothing and demeanor. Drag performers were essentially saying that while their external bodies were those of men, their internal subjectivity was feminine. At the same time, they were saying something that was the inverse, that while their public appearance in evening gowns, wigs, and makeup was feminine, their inner attributes were those of men. Hence, the moment of “pulling the wig” at the end of a performance, breaking the power of the illusion, declaring that drag was just an illusion. Drag was the foundation of a reconceptualization of gender itself, even as it seemed to reinforce conventional understandings of masculinity and femininity.

All of this made sense in the world of drag performance. Both the performers and the audience shared fundamental skepticism about the uniformity of gender attribution, and while the audience didn’t act out this understanding, watching the performers do so was deeply satisfying for them. None of this needed to be explicitly articulated, though it wouldn’t make sense in another cultural context. Newton thus showed us that gayness, as acted out in drag performance, constituted a coherent cultural reality, just as any of the other such realities anthropology discovered did. She thus invoked the power of cultural relativism to interpret drag culture. In doing so, she rescued drag performers and other gay people from the abject status they had been assigned. And she opened up gay and lesbian cultures to the lens of cultural anthropology.

Newton moved on to study the gay summer resort of Cherry Grove, New York, in Cherry Grove, Fire Island (1993), an extensive examination of daily life in the gay enclave and the history of the community. In Cherry Grove, she looked at both gay men and lesbians, and at younger and older residents. Much as she had in Mother Camp, but with much more authority, Newton made the cultural underpinnings of this unique community visible, showing how they rested on shared understandings of sexualities, while also emphasizing their links to the broader outlines of American culture. Women’s voices in Cherry Grove were, to some degree, as muted as in the wider society, and both class and race shaped the extent to which particular people were welcomed to the community.

In Cherry Grove, however, Newton became much more open about her own involvement in gay and lesbian life, something she couldn’t have done in Mother Camp, placing herself squarely in the narrative, particularly in the powerful essay, “My Best Informant’s Dress” (1996) about her attachment to an elderly woman in the Grove. In other words, her work here shifted from the somewhat disembodied position as traditional ethnographer she’d held in Mother Camp to one that fully embraced her commitment to the people whose lives and culture she was examining. It made her own involvement in the issue transparent, revealed the erotic dimension of her relationship with this narrator, and thus magnified notions of reflexivity that had anchored some feminist anthropology not concerned with stigmatized sexuality.

This is where I and many other gay and lesbian ethnographers enter the story. When I began my research on lesbian mothers in 1977 I learned that virtually no one in the profession could imagine what I was up to. Was it possible, they asked (based on a narrow reading of biological logic) for a lesbian to be a mother? If lesbians didn’t have sex with men, how could this occur? Were there enough of such strange people around to provide the basis for an ethnographic study?

I was a bit hesitant in the beginning to tell people how I came by my knowledge of this population. My commitment to lesbian mothers grew directly out of my knowledge of issues that had some importance among lesbians I knew. In the 1970s, child custody challenges loomed large among lesbian mothers, as ex-husbands (and sometimes other relatives) tried to deprive these women of their children, based on an assumption that such deeply deviant people shouldn’t be raising children. To the surprise of many, my interest wasn’t driven by being a mother myself; my understanding of the boundaries of lesbian community embraced people whose personal experience differed from my own. But it was energized by my commitment to other lesbians, and my hope that as an anthropologist I might be able to do something useful for these women. In other words, reflexivity proceeded for me in a somewhat indirect manner. It didn’t have to do with being a mother, but with being a member of a lesbian community, broadly construed (Lewin 1993). As I moved ahead with my research agenda, focusing on other kinds of lesbian and gay families—couples who had had commitment ceremonies before legal same-sex marriage existed anywhere, and gay fathers—I felt more open about acknowledging my desire to portray these families as embedded in my own identity and to unravel hostile stereotypes about them (Lewin 1998, 2009).

Other anthropologists who have focused on lesbian and gay communities have also drawn on Newton’s work. The most notable among them are Evelyn Blackwood, Elizabeth Lapovsky Kennedy, Gayle Rubin, and Kath Weston, whose ethnographies all situate the anthropologist as connected to those being studied. Their work added to the foundation Newton laid in making possible an anthropology of lesbian and gay life.

Candor about one’s personal connections to communities is certainly more possible today, when its impact on employment and professional status may be less catastrophic than it once was, and indeed is expected of feminist ethnographers. In the case of studying stigmatized groups, however, the risks of exposure have long been particularly acute, making “coming out” in print a hazardous enterprise. That these perils have abated in recent years has helped make researchers more open about their connections and motives. Early on, Esther Newton navigated these dangers with remarkable courage and made it possible for the rest of us to situate ourselves in our research.

Cite as: Lewin, Ellen. 2021. “Esther Newton Made Me Gay.” In “Genealogies of the Feminist Present: Lineages and Connections in Feminist Anthropology,” edited by Lynn Bolles and Mary H. Moran, American Ethnologist website, 24 May 2021, https://americanethnologist.org/features/collections/legacies-and-genealogies-in-feminist-anthropology/esther-newton-made-me-gay

Ellen Lewin is a feminist anthropologist who has devoted most of her career to studies of lesbian and gay families—lesbian mothers, gay fathers, same-sex commitment ceremonies. More recently, she conducted ethnographic research with the Fellowship of Affirming Ministries or TFAM, a coalition of open and affirming churches that are predominantly African-American and LGBT in membership, and Pentecostal in spiritual practice. She is a professor emerita of gender, women’s and sexuality studies and anthropology at the University of Iowa.