Black Feminist Intellectual Affinity and the Ethics of Care: A Tribute to Faye Harrison’s Mentoring and Influence

“I like to think that my critical project is a lifelong labor of love that will continue to be informed by a holistic philosophy that values the ability to create meaning, balance, and synthesis from the plural elements of personal and family life, professional development, and political engagement, the latter of which has been key to my sense of identity as an intellectual worker belonging to a subjugated people whose oppression is deepening rather than disappearing” (Harrison 2008: 295).

I often reflect on what it was like to be initiated into the academic lineage of Faye V. Harrison when I was a graduate student at the University of Florida. I think about what that felt like. I think about what it looked like, what it sounded like. I think about potluck dinners that transformed into small dance gatherings with a soundtrack of Afrobeat, funk, and reggae-dancehall. I think about Afro-Cuban music events on campus featuring a Rumba ensemble; I think about attending book talks by leading Caribbean scholars and writers with Dr. Harrison and her cohort of students. I think about the aromas of curry goat and brown stew chicken at the Jamaican restaurant where we often had working lunch meetings to discuss strategies for completing the benchmarks to move forward through the program, and talked about theoretical and methodological considerations for my research trajectory in Martinique. These memories stand out among the most significant in my academic training because they weave together a picture of Dr. Harrison’s commitment to building community and connecting with mentees and colleagues. 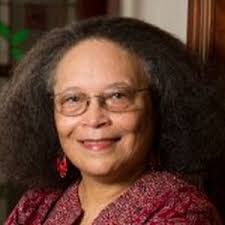 Dr. Harrison’s approach to mentoring is shaped by a philosophy that consistently reflects an ethic of care. In mentioning this, I do not wish to highlight Dr. Harrison’s care work in a way that “mammyfie[s]” her or relegates her position to the marginal role of emotional labor as is so often expected of Black women in academia (Harrison 2008: 276). Black women carry a disproportionate burden to perform the invisible service of caretaking for students, mentees, and colleagues, oftentimes resulting in a subtle nod of gratitude for their moral support while their intellectual contributions are minimalized if not altogether erased.

In reflecting on Dr. Harrison’s ethic of care I wish to emphasize and celebrate the practice of intellectual kin-making that is uniquely hers: holistic, creative, communal, and distinctively feminist. She has always prioritized holding space collectively with her students and colleagues outside of campus classrooms, especially with students who share overlapping interests and mutual commitments to intersectional feminist praxis, womanism, antiracism, African diaspora studies, indigenous studies, and movements for social justice. In recruiting and advocating for underrepresented Black women students like myself, who may have been overlooked for certain opportunities, her process did not start and end with the review of an application that crossed her desk. She was (and continues to be) intentional about coordinating campus visits, convening welcoming rituals with prospective/incoming and current graduate students, and making sure prospective students are closely considered for available funding opportunities.

For Dr. Harrison, the experience of training scholars transcends the norms of institutional culture, thinking beyond the rigid professionalism and careerism that tend to have an exclusionary impact on underrepresented folks in the academy. She is much more concerned with treating the scholar as a whole person, and her philosophy resonates with the sensibilities of first-generation, Black and Brown women. She makes space for scholars who are more vulnerable to being dismissed for challenging disciplinary standards and pursuing unconventional paths. Indeed, this approach/philosophy is important for carrying on feminist genealogies in our discipline and training future generations of our intellectual kin.

I think there are a number of reasons why Dr. Harrison and I connected the way we did at the start of our mentor-mentee relationship, and why our bond today remains as strong as it has. The reasons are wide ranging, both personal and scholarly. Perhaps it was a natural affinity around our shared roots in the Chesapeake region—Faye’s in Norfolk, VA, and mine in Baltimore, MD and surrounding suburbs—and the fact that we both have extended maternal kin networks in North Carolina. I have often remarked over the years that to me she has always felt like family. Moreover, her background in dance and other performing arts, and the “anthro-performance” pedagogical approach she developed (Harrison 1990, 2008:290) indicated a mutual excitement about dance, which made her enthusiastic about working with me and supporting my research interests in dance ethnography.

Aside from these personal points of connection that helped to solidify our bond, there were scholarly influences that made me eager and honored to work with her as a graduate student. My gender-cognizant approach to research and analysis was largely influenced by Dr. Harrison’s contributions to feminist anthropology. Her critical theorizations of global economic restructuring, neoliberalism, human rights, and structural violence are presented through an intersectional lens with special attention to gender as one of multiple axes of domination (Harrison 2008: 229), particularly for women of African descent, in global north-south racialized divisions of labor and patriarchal configurations of power and exploitation under capitalist systems.

One piece that really resonated with me as I searched for my voice and interdisciplinary vision as an anthropologist was Dr. Harrison’s essay titled “Writing against the Grain: Cultural Politics of Difference in the Work of Alice Walker.” I first read this essay in Harrison’s book Outsider Within: Reworking Anthropology in the Global Age, but later engaged an earlier, abridged version of it more closely while I was enrolled in Florence Babb’s Feminist Ethnography seminar during my first semester of graduate school where we read the edited volume Women Writing Culture (Behar and Gordon 1995)—an important feminist intervention and response to the influential collection of (mostly male-authored) essays in Writing Culture: The Poetics and Politics of Ethnography (Clifford et al 1986). The call for experimental forms of writing and multivocality in ethnographic output was compelling and I imagined what the possibilities and implications were for Black feminist- and womanist-identified anthropologists pushing this conversation. After all, our anthropological foremothers Zora Neale Hurston and Katherine Dunham made such pioneering contributions long before they were recognized in the discipline and before the major voices in anthropology’s postmodern turn espoused those perspectives.

In “Writing against the Grain,” Harrison maps a terrain for anthropology’s interdisciplinary possibilities when we are intentional about engaging intellectual work beyond the anthropological enterprise. She contemplates, for example, what anthropology can offer to and gain from fiction writing that revolves around critical discourses of race, gender, class, culture and power dynamics. She asserts that “[w]hen radical black women write fiction or ethnography, they do so against the grain of a hegemony that peripheralizes them yet appropriates the value of their creative and critical productivity” (Harrison 1995: 234).

Writing about Alice Walker as “one of anthropology’s less visible interlocutors” (1995: 234), Harrison provides a reading of Walker’s Temple of My Familiar that “reveals how Walker’s creative inscription of culture, politics, and history—and her cultural critique of the colonial/postcolonial world system—can be seen to be embedded within a larger interdisciplinary discourse to which anthropologists contribute” (1995: 235). By analyzing Walker’s Temple, Harrison renders visible the agency of Black and Brown women characters and the critical insight of radical Black women writers, whose identities, subjectivities, and experiences were often excluded from social analysis and scholarly conversations in the social sciences. Through close engagement with Walker’s characters, a critique of anthropological practices and discourses is revealed, such as the tendency to “nativize and objectify Third World Women” (1995:240) in ways that serve larger colonialist processes. For feminist anthropologists, Harrison’s essay models for us how to find opportunities for cross-fertilization with other fields of social and cultural analysis, creative work, and knowledge production.

To conclude, Dr. Harrison’s influence has taught me to always place care at the forefront of my intellectual work; this includes teaching, service, and research. Prioritizing an ethic of care in my research methodology, for example, is what helped me navigate and give thoughtful consideration to ethical quandaries that appeared in my fieldwork, and prompted me to seek guidance from Dr. Harrison to make decisions that were informed by Black feminist praxis. Her insight and encouragement helped me to recognize and acknowledge my positionality and the inherent power dynamics present in the research experience, and to explore opportunities to reciprocate with my research interlocutors with care. In my teaching, I have learned to practice compassion, meet my students where they are, seeing students as whole persons while challenging them to develop their critical consciousness and the skills for rigorous analysis of course content. In my service, I have devoted my time to helping build community with Black faculty on my campus through the coordination of social events, discussions, and welcoming of prospective Black faculty. This is just a sample of the practices that were modeled by my mentor, Dr. Harrison, and that I wish to carry on in her legacy through my engagement with future Black feminist anthropologists.

Cite as: Maddox-Wingfield, Camee. 2021. “Black Feminist Intellectual Affinity and the Ethics of Care: A Tribute to Faye Harrison’s Mentoring and Influence.” In “Genealogies of the Feminist Present: Lineages and Connections in Feminist Anthropology,” edited by Lynn Bolles and Mary H. Moran, American Ethnologist website, 24 May 2021, https://americanethnologist.org/features/collections/legacies-and-genealogies-in-feminist-anthropology/black-feminist-intellectual-affinity-and-the-ethics-of-care-a-tribute-to-faye-harrisons

Camee Maddox-Wingfield is Assistant Professor of Anthropology at the University of Maryland-Baltimore County.