A Tale of Two Women: Genealogies of Black Feminist Anthropology in Brazil

When A. Lynn Bolles invited me to write this piece, so many thoughts ran through my mind about the different feminist anthropological mentors I have had throughout my career. Following KerryAnn Rockquemore of the National Center for Development and Diversity (NCFDD), I like to think of a mentor network rather than one lone mentor or “guru” who is expected to be and do all things. In that regard, I would count Sylvia Yanagisako and Paulla Ebron, who were my dissertation co-advisors at Stanford University. Through my affiliation with the Association of Black Anthropologists and the Association for Feminist Anthropology, I crossed paths with other Black feminist anthropologists who mentored me along the way, even if our interactions were sporadic, such as Dana-Ain Davis, A. Lynn Bolles, Irma McClaurin, and Johnnetta B. Cole. The work of these Black women anthropologists has inspired and helped me along my journey.

However, in this short piece, I would like to focus specifically on two Black feminist anthropologists of different generations, who served as a models and mentors for me over the years: Angela Gilliam and Kia Lilly Caldwell. I first met Kia Lilly Caldwell when I was an undergraduate doing a summer research program and she was a graduate student just beginning her research on Black women’s movements in Brazil. Her book, Negras in Brazil: Re-envisioning Black Women, Citizenship, and the Politics of Identity (2007), was just the book I was looking for as I was doing fieldwork on sex tourism in Brazil. I actually never had the opportunity to meet Angela Gilliam, but her work provided a model and foundation for the work that I would come to do in Brazil. When I first read Angela Gilliam’s chapter, “A Black Feminist Perspective on the Sexual Commodification of Women in the New Global Culture” in Irma McClaurin’s book Black Feminist Anthropology (2001), I was struck by her wisdom, wit, and sharp analysis. In this brief essay, I will discuss a bit of the intellectual trajectories of these two scholars and summarize key insights from their work that have inspired me. 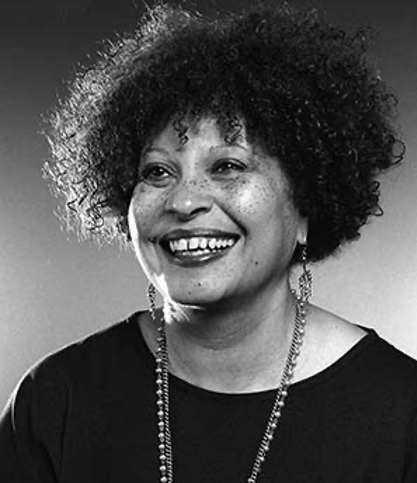 Angela Gilliam was born in Boston and earned her BA in Latin American Studies from UCLA in 1958. She earned an MS in Ethnology and Anthropology from the National School of Anthropology and History in Mexico City (1958-1962). She then went on to earn her PhD in 1975 from Union Graduate School, where she wrote a dissertation on language attitudes, ethnicity, and class in Salvador, Bahia and São Paulo. Gilliam served on the faculty of SUNY College at Old Westbury and The Evergreen State College (1988-2004). She was truly a global scholar – fluent in English, Spanish, and Portuguese, and proficient in French. She held Visiting Professorships at the University of Papua New Guinea (1978-1980), the University of Coimbra, Portugal (1976), and the University of Brasília (1993-95)1. In 1989, Gilliam served as Program Chair for the 1989 annual American Anthropological Association meeting and was voted senior North American representative to the World Archaeological Congress, which was held in Venezuela in 1990 (Spears 1989). She retired in 2004 and served as Professor Emeritus until her passing in 2018.

Kia Caldwell has an A.B. in Spanish Literature and Civilization from Princeton University, a M.A. in Latin American Studies from the University of Texas at Austin, and a PhD in Social Anthropology with a specialization in African Diaspora Studies from UT Austin. She has attained the rank of Full Professor and currently serves as Special Assistant to the Provost for TEAM ADVANCE in addition to Professor of African, African American, and Diaspora Studies in the College of Arts and Sciences at the University of North Carolina at Chapel Hill. In addition to Negras in Brazil, Caldwell also co-edited Gendered Citizenships: Transnational Perspectives on Knowledge Production, Political Activism, and Culture (2009), and Health Equity in Brazil: Intersections of Gender, Race, and Policy (2017).

Gilliam’s chapter in Black Feminist Anthropology first introduced me to the Brazilian proverb that would prove so fundamental to my attempts to understand the sexual economies of tourism in Salvador, Bahia: “a white woman for marriage, a mulatto woman for fornication, a black woman for work” (2001: 165). Angela Gilliam elaborated on this adage to say that:

“black women’s lives often encompass a complex dual reality in Brazil: they are objectified and depicted as seductive mulatas in their youth and defeminized to represent the black woman nurturer-nanny-maid as they age” (2001: 169). 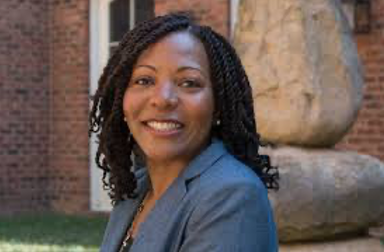 Caldwell’s book, Negras in Brazil, also quotes this phrase slightly differently: “branca para se casar, mulata para fornicar, preta para cozinhar” from Gilberto Freyre’s book, Casa Grande e Senzala. Caldwell interprets this phrase to indicate that “Skin color serves as the primary determinant of whether Afro-Brazilian women’s social identities are classified in terms of sensuality or associated with physical labor” (2007: 51). Gilliam described how the erotic attachment to Afro-Brazilian women in Brazil has been shaped by Brazilian national culture, and how Brazilian state government agencies used “titillating marketing of Brazilian women” to enhance tourism (2001: 173). I would remember this years later when doing fieldwork on sex tourism in Salvador, as I saw postcards prominently displayed in the tourist districts with eroticized images of Black Brazilian women. Gilliam also discussed the intersection between “the carnivalization of poverty and Brazil’s dependence on the tourism industry,” and the influence of Eurocentric standards of beauty which converged to give rise to the sex tourism industry (2001: 174).

In a groundbreaking article co-authored with her daughter Onik’a, Angela Gilliam reflected on her first experience in Brazil in 1963, when she noticed that “to the degree that I appeared to be Brazilian, my subjectivity was fraught with ambiguity” (Gilliam and Gilliam 1999: 66). At that time, she was in her 20s and wore her hair long and straightened. She was first inspired to travel to Brazil because people in Mexico City told her that there was less racism in Brazil than in the USA and that she could pass for Brazilian. When her ship docked into the port, she wrote:

“I particularly tried very hard to sound Brazilian when I spoke Portuguese. This was successful, for I was detained for being a Brazilian who had stolen a U.S. passport-more precisely, for being a mulata trying to bring contraband into the country” (Gilliam and Gilliam 1999: 67).

A decade later, at the height of the military dictatorship in Brazil, Gilliam was doing dissertation research while parenting her toddler (Gilliam and Gilliam 1999: 71). The experience of being a mother while doing fieldwork in Brazil also proved to be an ethnographically rich moment to reflect on the meanings of race in Brazil. She wrote:

“my body was coded as morena (dark or brunette white) whereas my toddler’s was coded as black. In any event, people appeared to respond differently to me depending on whether my hair was in its Afro configuration or covered. Hair thus established a definition from which we could not escape” (Gilliam and Gilliam 1999: 72).

I appreciated these personal reflections on the experiences of Black women in the field. In the prologue of Negras in Brazil, Caldwell asserts how diasporic anthropologists “are often subjected to many of the same racialized and gendered discourses and practices that we set out to examine in our research” (2007: xxii). She reflects on how the sexual objectification of Black women impacts both Afro-Brazilian women and non-Brazilian Black women who are often “interpellated as prostitutes by Brazilian constructions of race, gender, and class” (2007: xviii). She gave language to something that I experienced and observed in the field – how our identities as Black women make us “vulnerable to personal experiences of gendered racism” while doing fieldwork in Brazil (2007: xix).

Gilliam and Caldwell also serve as models for how to use our anthropological toolkit to engage in scholar-activism and transnational solidarity with struggles for social justice. Gilliam visited Cuba in March 2010 as a member of the delegation of the U.S. Women and Cuba Collaboration. She later wrote an article on Cuba, where she wrote:

“It is time to renew that moral courage and vigor…and join those in the rest of the hemisphere who are opposed to the economic and political blockade against Cuba. However difficult it may be, it is incumbent on progressives to become more knowledgeable about what is being done not just in Latin America but all over the world in their name” (2014: 180).

Likewise, Caldwell’s books, Negras in Brazil and Health Equity in Brazil bring information about the history and development of the Black women’s movement in Brazil to an English-speaking audience. Negras in Brazil features an in-depth ethnographic exploration of Black women activists in Belo Horizonte, Brazil, and it explores factors that led Afro-Brazilian women to develop a critical consciousness with regard to race and gender (Caldwell 2007: 14). Negras in Brazil was the first book to help me think through the “gendered implications of racial democracy” (Caldwell 2007: 55). This book was also the first place I came to understand Blackness in Brazil as a process of “becoming,” which is captured by the Portuguese term, assumir-se – that one becomes Black or comes to identify themselves as Black. Caldwell also analyzes Black women’s life experiences through a lens of citizenship.

Ultimately, the work that I have done on sex tourism in Bahia and my work in progress on Black feminist activism in Bahia is profoundly indebted to the work that Angela Gilliam and Kia Lilly Caldwell have done. They have paved the way for me and other scholars of race and gender in Brazil. While I unfortunately did not have the opportunity to get to know Angela Gilliam personally, I have had the pleasure of getting to know Kia Lilly Caldwell. Caldwell has written recommendation letters for me, reviewed my book manuscript, invited me to speak about my book at her campus, and has always been someone I can turn to for professional advice. Reflecting on how these two Black feminist anthropologists has shown me that: 1) the spirit of generosity of Black feminist anthropologists is life-sustaining; and 2) mentorship can happen through the words you say in informal conversation or the words you write in scholarly publications.

Erica Lorraine Williams is Associate Professor and Department Chair of the Sociology and Anthropology department at Spelman College. She has a B.A. in Anthropology and Africana Studies from New York University, and an M.A. and Ph.D. in Cultural Anthropology from Stanford University. She is the author of Sex Tourism in Bahia: Ambiguous Entanglements (2013). She is currently working on a book project on Afro-Brazilian feminist activism in Bahia, Brazil.