“It’s a Feeling, Not a Theory”: A Reflection on Anthropology, Empathy, and Consent at Standing Rock 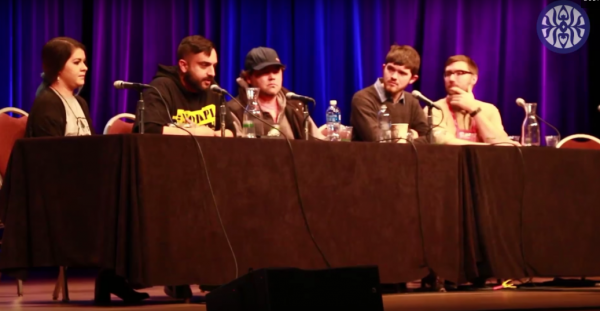 “Anthropologists Against Pipelines.” This was part of the text of a flyer water protectors from the movement at Standing Rock distributed before a teach-in and panel discussions relating to the movement at the November 2016 AAA meeting in Minneapolis, Minnesota. At the Oceti Sakowin camp, water protectors are working to resist the construction of the Dakota Access Pipeline (DAPL) across the Missouri River near the Standing Rock reservation. The camp’s stated goal “is to peacefully and prayerfully defend our rights, and rise up as one to sustain Mother Earth and her inhabitants” (Oceti Sakowin Camp 2017). Due to the location of the conference on Lakota, Dakota, and Nakota territory, as well as anthropology’s entanglement with settler colonialism, the ongoing resistances were an important emergent issue for anthropologists at the AAAs – and with the pipeline’s recent approval through Trump’s January executive order, followed by the camp’s evacuation order – the water protector’s fight carries on. How can Indigenous and (in my case) settler anthropologists answer calls to “stand with” Standing Rock in an ethical and truly collaborative manner? How can we be effective “anthropologists against pipelines?”

As with any anthropological engagement, an initial step is to listen to the stories and requests of those with whom we are being asked to stand. At the AES business meeting at AAA2016, a panel of four water protectors described their experiences at Standing Rock. Andy Pearson, Craig Moyer, Samantha West, and Yashar Shafiei gave emotive descriptions of their time on the frontlines, including violence they faced, and arrest. With metaphorical resonance, they described the significance of Standing Rock as the largest Indigenous resistance in the USA in over 100 years. They highlighted the fact that at the camp they had witnessed the most ugly events in their lives, but also the most beautiful – the coming together of people in peace, prayer, and kinship.

A member of the audience asked the panelists how one might best be able to communicate the water protectors’ message to those who were sceptical of their concerns about sovereignty, water, and wildlife. They suggested that while informal conversations and sharing online resources were helpful, a sceptic would learn best by visiting the camps in person. In-person experience would animate the movement in important ways, in ways deeply resonant with anthropological methods. A key message of all four panelists was that the resistance at Standing Rock is “a feeling, not a theory.” They specifically called the audience to consider the experiential elements of the movement, rather than the intellectual or legal underpinnings alone. The panelists thus invited anthropologists in the audience to stand with Standing Rock by considering methodologies and ethics of public anthropology. Of course, ethnography generally “takes off not from theory or from a meta-narrative, but from the situated effects of seeing and listening” (Comaroff and Comaroff 2003, 164), and, I would argue – following the Standing Rock water protectors – “feeling”.

Empathy – or feeling with – depends on an interaction between individuals with mutual influence (Kirmayer 2008; Williams 1977). The conditions for such an interaction rely on “a larger political context that allows dialogue in situations of unequal power” (Kirmayer 2008, 457). Empathy, in other words, is achieved through a process of creating dialogue across difference (Donald 2012). While empathy in anthropological work runs the risk of tokenizing violence and inequalities by appeasing settler guilt, being vulnerable to the emotional aspects of ethnographic work can also promote dialogue and action (Behar 1996). Attending to the “feeling” of movements like Standing Rock does not means that the “feeling” itself is the primary object of anthropological analysis. Instead, shared feeling can serve as a foundational ethic upon which ethnographic work is conducted. Empathy between anthropologists and activists (or activist-anthropologists) can be a motivating force to create dialogues across difference.

Consent is also fundamental to the action of “feeling with” in the context of industrial projects. While I am not an etymologist, I believe it is telling that the term “consent” stems from the Latin con- and -sentire, meaning “feel” and “together”, suggesting that consent requires a sense of mutuality, agreement, or a shared feeling across difference. In a legal context, free, prior and informed consent for industrial projects is required in the US under the United Nations Declaration on the Rights of Indigenous Peoples and the International Covenant on Civil and Political Rights. The term is foundational to the resistances at Standing Rock, as inadequate environmental assessment and consultation processes have resulted in a lack of consent for the project.

In the oil sands region of Alberta, Canada, where I work with Métis individuals responding to industrial development in their homeland, “consent” is effectively erased from the project approval process. Oil sands projects are nearly always approved in Alberta. Indigenous communities are placed in a double bind of consent: the energy regulator views community participation in project-specific consultation process to be consent for the project; and if communities choose not to participate, the regulator also deems their non-participation to represent consent (Baker & Westman unpublished). These consultative and state-imposed mechanisms of consent are effectively meaningless if there is no ability for Indigenous peoples to refuse a project, and a “shared feeling” or mutual agreement is not achieved. Though in a different political and extractive context, DAPL resistances are, in part, a result of this lack of consent or shared feeling. Perhaps, then, focusing on “feeling with” is important not only for public anthropology, but also for environmental assessment and the regulation of industrial projects on Indigenous lands.

As feminist anthropologists highlight, a shared feeling, without action, is pointless (Behar 1996). In light of ongoing resistances at Standing Rock and Donald Trump’s recent decision to approve the DAPL, I offer here five pertinent recommendations for how anthropologists can “Stand with Standing Rock”, adapted from water protectors’ statements at AAA2016:

Recognizing that for many individuals, including myself, a trip to the midwestern United States may be practically and financially beyond reach, there are a number of other actions that you can take:

While the water protectors’ fight transitions since the new orders since the New Year, the above actions remain significant as means of supporting an ongoing fight and as considerations for practicing public anthropology. These actions represent a place to begin standing as “anthropologists against pipelines,” while also considering that anthropological engagement might best operate from a “feeling,” not only a “theory.” Shared feeling may not only create a foundation for discourse across difference or for ethical engagement in anthropological methods and writing, but also for conditions of free, prior, and informed consent for development in Indigenous territory.

Comaroff, Jean, and John Comaroff. 2003. “Ethnography on an Awkward Scale: Postcolonial Anthropology and the Violence of Abstraction.” Ethnography 4(2): 147-179.

Kirmayer, Laurence J. 2008. “Empathy and Alterity in Cultural Psychiatry.” Journal of the Society for Psychological Anthropology 36(4): 457-474.