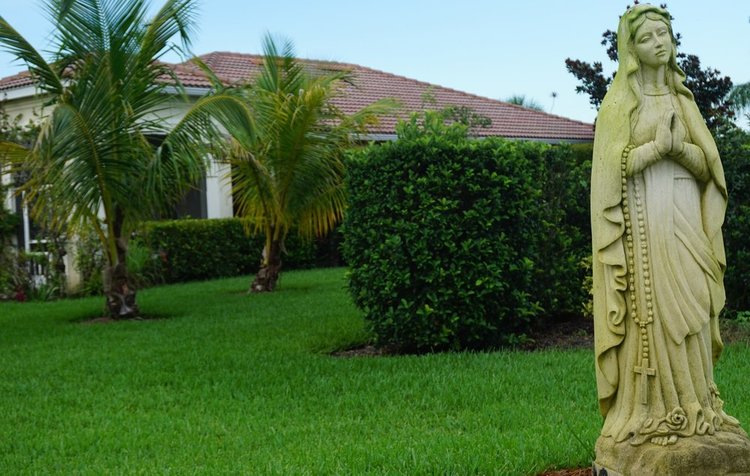 What makes a utopia “modern”? Can it really be “modern,” and if so, can it really also be “anti-modern”? I pose these questions because the bulk of anthropological literature on utopia takes for granted a context of “modernity,” positioning utopian projects within, against, or beyond this totalizing concept. The first problem with allowing “modernity” to undergird one’s understanding of contemporary utopias is that modernity itself is a hollow concept, encompassing a wide range of phenomena, including bureaucracy, capitalism, secularism, industrialization, individualism, the Atlantic slave trade, European colonialism, the Enlightenment, ethics, and so on.[1] Second, working from presumptions of what is and is not “modern” perpetuates false distinctions among the people, dreams, and places that fall within those categories. Third, it assumes a particular temporality in which utopias must exist—premodern, modern, and postmodern. The articles gathered here from the AE archives, along with suggestions for further reading, problematize the issue of modern utopias by analyzing examples of presumed “anti-modern” utopic struggles.

Nearly a decade ago as an undergraduate, I read Lara Deeb’s (2006) An Enchanted Modern and experienced a certain Barthian piercing, unsettling me so that her provocations lingered over the years. At the time, I was just beginning to consider the possibility of what has since become my doctoral research project, which looks at a Catholic utopian project four decades in the making, one that has led to the creation of hundreds of intentional communities across the United States and a privately owned town in Southwest Florida. While my own work has developed in a direction far from that of Deeb, the core idea that she presents in An Enchanted Modern has lingered with me and has brought to my work a heightened sensitivity to my Catholic interlocutors’ constructions of morality, utopia, and political endeavors, and to the histories they are drawing from to create them. The idea is quite simple: contrary to what Enlightenment thinking and its ramifications in academic thought would have us believe, religion and religious thought are not inherently anti-modern.

The articles I have gathered here from the AE archives reflect this notion whether they explicitly refer to Deeb or not. Collectively, they provide windows into contemporary utopian movements that have at their center traditionally “anti-modern” values—primarily morality and religion. Several of the articles bring attention directly to how widely circulating notions of what is or is not modern are still deeply entrenched in ideas of a secular-religious divide that works to project such utopian movements as backwards, occult, or even fanatical. Furthermore, many of the authors also suggest that the adherence to a secular-religious, modern-nonmodern divide disadvantages secular institutions and regimes, leaving them without solid notions of concepts such as “the human” or what and when is “death.” I include “morality” in concepts that are generally associated with the nonmodern because of its overwhelming (and misleadingly so) equation with religion and also because “modern secular” institutions tend to prefer the less religiously saturated concept of “ethics” to established regimes of behavior that are distinct from theistically driven ones. While there is a flourishing section of anthropology dedicated to moral anthropology, one that deeply problematizes and theorizes both the concepts of morality and ethics, within the anthropology of religion and especially the anthropology of utopias, discussions of these concepts in our field sites could benefit from critical inquiry.

Taken together, the articles collected here suggest that it is perhaps because of the conceptual lacunae that emerge in “secular” regimes and not in spite of them that enchanted utopias, if you will, emerge in contemporary globalized societies. These moral or religiously oriented utopias do not necessarily “resist” progress, secularism, or atheism, but they often emerge as responses to them, explaining the unexplainable or suggesting alternative “modern” futures to those put forth by capitalist and neoliberal world systems.[2] The point is that these movements that center around assumed “anti- or premodern” values or thinking are not isolated relics of the past, nor are they attempts to return to a time “before” secularism, abortion, same-sex marriage, and so on. Even if such a movement uses the language of nostalgia and return, taken alongside the work of Deeb and Hirokazu Miyazaki (and many others), the articles in this collection demonstrate that even nostalgia narratives are constructed with the context and tools of today and that nostalgia is always also a critique of the present and a projection of the future.

I have organized the readings into thematic clusters that read best together, with a playful conversational piece by Judy Rosenthal and Adam Lutzker suggested first as it sets the tone for problematizing deeply seated notions of modernity, morality, and religion that follows throughout the other articles more or less explicitly. In “The Unheimlich Man-oeuvre” Rosenthal and Lutzker problematize how we, as a discipline, frame and approach religious thought and other “premodern” ideals, leaving us with a provocation for new anthropological approaches that take the epistemologies, ontologies, and modernities (or postmodernities, neoliberalisms, etc.) of religious thought seriously.

The first section, on religion and contemporary utopia, gathers three articles that tackle questions of religion, utopia, and modernity through the lens of alternative modernities. Together, they serve as a critique of secular/religious pre/modern divides as posited above. While only examples within Islamic and Christian frameworks are represented (since this collection is limited to the AE archives), as Rosenthal and Lutzker point out, alternative or enchanted utopias and modernities proliferate among many different cultural and religious contexts.

The second section, called “Moral Utopias, Secular Landscapes,” expands Deeb’s “enchanted modern” concept to include nonreligious but morally motivated utopic visions and movements that are not necessarily anti-modern but again renegotiate modernity (postmodernity, neoliberalism, etc.) and its promises of secular utopianism. The authors in this section, particularly Bernstein, bring attention to the lacunae within particular secular and modernist regimes and ideologies that are often filled by religious epistemologies. Together, these articles suggest how utopic thought that puts at its center moral imaginaries can produce secular alternative and enchanted modernities that speak to questions about what it means to be human.

Finally, the third section, “Slipping through the Cracks: Lacunae in ‘Modern’ Utopias,” collects three examples of people or places that fall into such lacunae. In a reversal of the previous section, these articles look not so much at utopias that emerge as responses to lacunae, but at the cracks and fissures made by modernist utopias and those who fall into them.

Endnotes[1] For an in-depth critique of modernity as an analytic in anthropology and “anti-modern modernities,” see Shannon Lee Dawdy’s (2010) “Clockpunk Anthropology and the Ruins of Modernity.”

Grace A. Carey is an AES intern and a doctoral candidate in the Department of Anthropology at Princeton University. Her work follows a Catholic utopian movement from the United States Midwest to the Florida Everglades, where her interlocutors have recently started a privately owned and governed town called Ave Maria.