The Surrounding Trees Whispered with Their Leaves

by Nicole Heller and Tomas Matza

In what marked the start of a new period in the region’s health and well-being, sector representatives from the Eco-energy Co-op, the United People’s Collective, the Department of Inter-Being Relations, forest consciousness, and the honorable Eqweh, dolphin Secretary-General of the Global Ecology Alliance, gathered today to commemorate the official end to the centuries-long destruction of the area during the VICE years, also known as the years of Vacuous Intense Carbon Extraction. Those present stood, squatted, and floated together to watch as the last dosages of microflora were released to rehabilitate the contaminated land and devour the contorted remains of the last fracking well.

“We have been expecting this moment for centuries,” said the forest consciousness. “We mourn the loss of life and health until now and hope that humankind has learned its lessons.”

A History in the Taking

Prior to the years of VICE, the Allegheny Plateau, a biogeographic region located in eastern North America, supported abundant and diverse life. It was known for its complex topography and a vast river valley—dubbed the “good river.” It was a great meeting place for diverse groups rooted in the ways of ancestors who had gathered slowly during the previous millennia of relative peace.

Over the 20th century VICE built both an elite and middle class of humans that enjoyed new-found material wealth in this region, but at the expense of a deepening boundary between human and non-human. The single-family home and the combustion engine were a means of shelter and convenience, but also a source of isolation from socialnature. It seemed for a time that with advances in technology and human understanding of Earth system science, including the phenomena of climate change, the years of VICE would cease. Yet the pressures to ensure elite high carbon lifestyles and middle-class creature comforts proved too strong; leaders initiated a third wave of fossil fuel extraction in the region. Massive fracking operations were built to harvest pockets of gas buried in shale formations. Water and chemicals were injected deep underground. Despite attempts at containment, methane leaks were common, and chemicals and heavy metals flowed into the extensive and interlinked groundwaters spreading contamination broadly. A certain kind of economic prosperity remained—but at an expense: planet-warming greenhouse gases ballooned, local flooding events worsened, crops died, and cases of cancer and respiratory illnesses grew in step with other concerning trends in inequality.

“It seemed to many that this extraction and pollution would go on forever,” commented Eqweh, the dolphin—Secretary-General of the GEA and also a renowned linguist. Speaking from a small portable pod of seawater, Eqweh used the global language of Gaialect to describe the feelings of regional informants. “In speaking with my feathered, four-legged, and finned kin I have collected the stories of despair that many centuries of divorce between human and non-human communities brought. It is difficult to convey in words the grief that still fills these lands.”

At this moment, Eqweh turned to the assembled mammals, birds, reptiles, amphibians, and arthropods and nodded. A long, plaintive lament echoed through the river valleys. The surrounding trees whispered with their leaves. 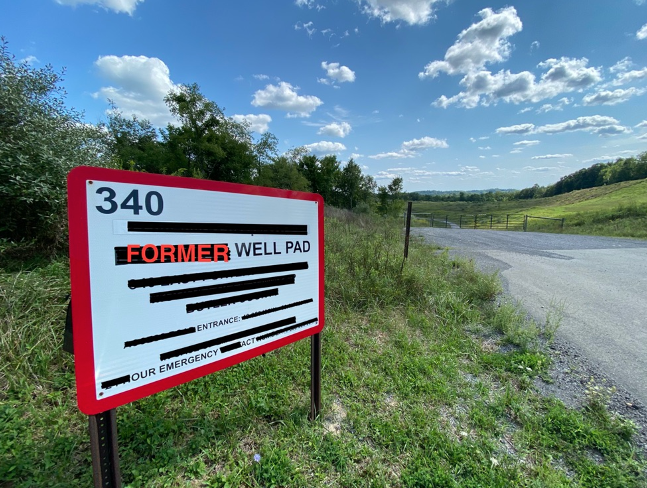 “We are here, also, to remember,” spoke XJ Achebe, Minister of Inter-Being Relations. “We are here to recall when the change began.”

The Minister then recounted how the year 2020 brought a strange beginning of the end: The coronavirus pandemic, itself a predicted result of human and non-human tensions, was sweeping across the globe. Suddenly, much of the human activity slowed to a halt. For some time, the air cleared. The flow of goods slowed. The trash heaps stopped growing exponentially.

“It was as if someone suddenly turned off the spigot. The roads were empty, and we began to remember things of which our grandparents had spoken but we’d since forgotten—a sense of place, an instinct for belonging,” commented Shirley Lewis after the ceremony. Lewis is one of the last remaining members of a suburbanite tribe who still remembers the time of Covid-19.

It was in that time of slowness and remembering that the grief and suffering settled in. Opioid addiction, already widespread, reached even deeper into valley communities.

“For one thing, the virus attacked human togetherness—especially the togetherness based on consumerism,” said Lewis. “And due to the various failing infrastructures of care—in health, in social welfare, in livelihood and ecology—whole communities suffered.”

As public health officials documented in those years, many marginalized communities were forced into super spreader events due to their dependency on precarious labor.

Meanwhile, the leadership remained dismissive of suffering in its many forms, urging normalcy.

For reasons that remain mysterious, survivors of Covid-19 from the Allegheny Plateau region were among the first to report strange synesthetic experiences. Some said the green of the forest made sounds—groanings, urgings, cajolings. Others simply felt that plants and animals were talking to them. Reports were met with skepticism, stigma, and eventually—as more survivors of Covid-19 around the world demanded social recognition—the asylum. Hundreds of new psychiatric hospitals were built to function as holding pens for three million citizens in North America alone, numbers far higher than the documented psychiatric abuse of the 20th century. Another layer of crisis was added to the economic depression and ballooning death rates.

“It was at the moment of greatest human despair that we spoke,” the forest consciousness told a reporter at the event with the aid of a C.O.V.I.D. cyborg. “We drew humans to our streams, glens, and shaded vistas. We told of the healing that comes from stillness, and from intra- and inter-being. We tried to explain.”

Only a minority listened, though, until coronavirus survivor and luminary biologist Patricia Westerford managed to convince the world that it was not facing a global mental health crisis, but, on the contrary, a revolution in human consciousness–a new synthesis. Westerford was part of the team of linguists, anthropologists, and technologists that developed the first translation cyborg. It would come to be known as C.O.V.I.D. (Communicating Openly Via Interbeing Dialect). As is now well known, the SARS-CV-2, emergent from complex species entanglements and gene transfer events, produced changes in the human brain giving those who survived new communicative capacities.

“Through a process of rapid symbiogenesis, the virus triggered positive changes to the regions of the human brain associated with hearing and language processing,” explained the C.O.V.I.D. cyborg to the Global Times. “In fact, survivors were hearing the non-human in ways that had once been known but forgotten during the years of VICE.”

Once this revolution in human consciousness was properly understood, the stigmatized “hearers” were released from psychiatric wards and became the avant-garde of interspecies communication.

Reflecting back on the last half of the 21st century and the commemoration event, Eqweh recalled, “By 2040 the C.O.V.I.D. cyborgs had become widely dispersed. It took only 10 more years for Gaialect to spread, giving all humans the ability to hear the world and speak to it.”

The changes after that were sweeping. As inter-being communication expanded, human perception also changed. Minds became capable of accommodating diverse ways of knowing and understanding simultaneously. Complex systems thinking, and new capacities for sensory and temporal shifting paved the way for inter-being collaborative discovery. Radically new systems for capturing and distributing food and energy, and new forms of dwelling, art, science, and entertainment emerged. Within two decades, regions around the world were recording record-setting levels of health, equity and well-being among human populations; the looming sixth great Earth extinction was reversed as local, regional, and global biodiversity assessments showed inspiring trends of coexistence and abundance. These trends have continued to this day.

Communities living in especially contaminated landscapes—with high concentrations of superfund sites, like this region—were forced to evacuate through massive relocation programs. These programs were controversial at first among some human residents. Eventually, though, they were accepted once right-of-return programs were established and people began to experience the well-being and security from living in healthy ecologies.

Hope for the Future

“This is a major moment,” said Minister Achebe, referring to the cleaning of the final gas well superfund site. “And the path here was long and winding.”

With that statement, Minister Achebe placed his hand on the blue sphere to initiate the final stage of land reconciliation. Press avatars beamed the event to the world’s audiences, and those in attendance murmured in approval.

Achebe then held up a section of one of the steel pipes from the historic drill rig.

“This will be housed at the Three Rivers VICE Memorial Museum. We must never forget what happened,” he said. “We must ensure humankind never makes the same categorical mistakes. We are Earthkin first and foremost.”

As if to punctuate the ceremony, and speaking in Gaialect through the C.O.V.I.D. cyborg, the collective forest consciousness said this: “Wisdom resides in co-creation.”

Nicole Heller is an ecologist and curator of Anthropocene Studies at the Carnegie Museum of Natural History.

Tomas Matza teaches anthropology at the University of Pittsburgh.