Returning Livelihood to the Land: A Radical Biopolitics for 21st Century Pandemics

The optimization of life has always depended on the disposability of life. Specifically, the biopolitical order of modern nation-states is inextricable from the necropolitical order determinative of indigenous and black death. Indeed, modernity has functioned by striking a delicate balance between the two; the capacity of wealthy, predominantly white countries to maintain and improve their citizens’ well-being through technoscience and liberal rights depends on a tenuous system of extraction and exploitation in marginalized communities the world-over.

Covid-19 has begun to upset this delicate balance. While the black and indigenous communities at the base of the necropolitical order have been first and worst impacted by coronavirus disruptions, we can locate a subtler form of the disposability of life in the governance of white settler colonial subjects amidst the pandemic. Consider, for instance, the lieutenant governor of Texas expressing his willingness to risk his own life in exchange for reopening the economy. Or the insistence of top-tier research university presidents that their predominantly white and well-to-do students and faculty must return to campus soon due to budgetary challenges. Or the fact that many doctors—educated, privileged men and women who now put their lives in danger everyday—have had to take pay cuts due to the loss of revenue from nonessential medical procedures. In all of these instances, some of the most privileged people in our society are being asked to compromise their security and well-being in the interest of supporting the economy, rendering their lives more expendable and less valuable than ever. While this does not at all mean that these lives are nearly as disposable as those that comprise the masses of poor, predominantly black and brown essential and laid off workers, it does suggest that these lives—which have historically been the object of optimization—are suddenly exposed to necropolitical logics in previously unforeseen ways.

This disruption of the biopolitical/necropolitical balancing act is rooted in a deadly preoccupation with capital accumulation. The revenue streams of for-profit corporations, hospitals, and universities eclipse the value of not only the lives at the base of the necropolitical order but also those whom biopower is supposed to serve.

This more inclusive necropolitics is part and parcel of a broader shift from the optimization of life to what we can think of as the optimization of livelihood—a shift rooted in the evolution of capitalism. Older forms of capitalism – laissez faire and Keynesian capitalism- were grounded in the spurious idea that liberal subjects optimize their lives by rationally acquiring goods and services toward self-defined ends. Neoliberalism, by contrast, is rooted in the equally spurious but different idea that under the right condition of governance, subjects can rationally maximize their self-interest through competition for profits. Under neoliberalism, profit becomes an end in itself, displacing the optimization of life with a dogged pursuit of growth through personal compensation—a single-minded focus on optimizing livelihood. When we seek to optimize livelihood—when livelihood eclipses life—certain privileged subjects (such as doctors, professors, and, if you believe his rhetoric, the lieutenant governor of Texas) can encounter life-threatening exceptions to their status as the primary beneficiaries of biopolitical governance, especially when the growth paradigm is in crisis. Covid-19 has exposed and accelerated the shifts in 21st century capital away from a necropolitical order that strove to optimize the lives of colonial citizens to a necropolitical order in which livelihood often matters more than life. 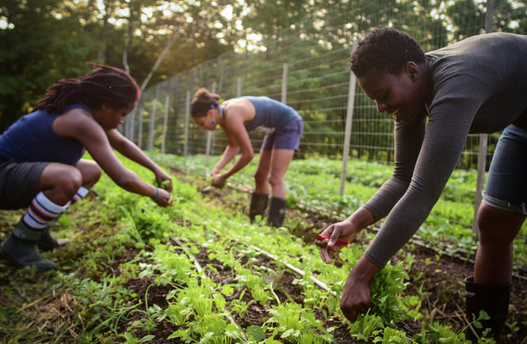 If we wish to address this capacious necropolitics amidst the fallout of the pandemic, we must be leery of interventions focused on restoring the biopolitical/necropolitical balance—a “progressive” approach to making America great again. Instead, we must address the roots of this order, including a system of livelihood in which the hegemonic means to life has become an end in itself. Indeed, the expanded necropolitics precipitated by Covid-19 must only add urgency to ongoing struggles for securing the livelihoods of those whose lives have too often been deemed disposable. Without employing nostalgia for less capacious forms of necropolitics, how do we return livelihood to a means of securing the flourishing of life?

We can begin to answer this question by considering the tragically overtaxed food banks in the wake of Covid-19. In locales across the world’s richest country, hordes of people must eschew social distancing to secure enough calories to survive due to wages lost from shelter-in-place orders. For when livelihood is capital, our capacity to feed ourselves is contingent not on cultivating the forms of nourishment that we depend on to survive, but instead on income untethered to the land that gives us life. To grow one’s own food, then, is to secure a livelihood that disrupts the biopolitical calculus that ties growth in income to better health and wellness. This calculus is the product of a centuries-long severing of our relations with the land, such that most modern subjects have no embodied orientation to the forms of life and agricultural practices that are foundational to our survival. As such, when we stop conceptualizing livelihood as an abstract figure—arbitrary income or wages—and begin to conceptualize it though somatic experience—the hard material labor of cultivation—we lay the groundwork for moving beyond the biopolitical precarity epitomized by overtaxed food banks and the necropolitical order fatally malnourishing black and brown bodies. Furthermore, when we consider the role that mass monocropping and, by extension, agribusiness have played in the emergence of pandemics over the last several centuries, it becomes evident that a shift to land-based livelihood is as imperative as ever. Work that reconnects our material well-being to our relations with the land can therefore simultaneously address one of the root causes of influenza viruses and mitigate the precarity that Covid-19 has not simply generated but also exacerbated in disposable communities of color.

Most radically, growing one’s own food can re-situate black and indigenous traditions of living and life-making in a world that will continue to be governed by the biopolitical calculus in the years to come, making futures rooted in our pastimes but attuned to the present’s particularities. Consider the emergent movement of black and brown urban farming. In recent years, black and brown people in the necropolitical enclaves across the USA—disinvested urban communities that house fossil fueled infrastructure, petrochemical plants, garbage incinerators, and low-wage big box stores—have in increasing numbers taken up farming in their backyards, vacant lots, their homes, open spaces, and even proximate rural areas, returning to survival practices wrested from their ancestors through the biopolitical shifts in livelihood over the last few centuries and developed by their foremothers in response to those shifts. Consider Black Joy Farm run by the Black Feminist Project in the South Bronx, a community garden focused not merely on growing food locally but on uprooting the systems of food production and distribution that both malnourish black and brown communities and deprive them of relations with the land—work they situate in the black lineage of intersectional feminism. Or Soul Fire Farm’s Black and Latinx farmer immersion program, which trains relatively inexperienced, predominantly urban farmers to adopt the agricultural practices of the African diaspora to confront what they call “food apartheid.” Or the NAACP’s new Seeds of Resistance initiative, which seeks to cultivate greater food sovereignty in black communities through the strategic distribution of seeds and farming tutorials, drawing broadly from African American agricultural traditions.

These efforts and many others like them represent a promising movement to confront the necropolitical order in ways that redefine livelihood on behalf of those whose lives have historically been deemed disposable. This movement positions livelihood as a means to lives that take shape through relations with ancestral knowledge and forms of life that elude the biopolitical gaze in addition to normative markers of well-being. This is not, then, an anti-biopolitics, as the black and brown farmers who represent this resurgence of land-based livelihood both employ and have been constituted through the regimes of calculation, monitoring, and health characteristic of liberal governance. This is, instead, a biopolitics that recognizes that the optimization of life turns deadly when we are alienated from the labor and land that enable our well-being—that life is so much more than simply being alive, as the pandemic mortality data sometimes suggests.

As Tanya Fields of the Black Feminist Project explained, “for us to come in and reclaim these spaces and say that we have a right to have access to this land so that we can have some sort of sovereignty and autonomy, even if it’s just a handful of peppers that we grew that day, a couple of strawberries—the ability to say I grew some of my food and I had some control over what went into my body and I made the decision as to what that was gonna be—that is radical.” Indeed, if radical, at its core, means relating to a root, then it is certainly an apt descriptor of the sovereignty that Fields describes: a form of optimizing life by relating to the roots of the earth on which our lives depend—work that also gets at the root of necropolitical precarity exacerbated by the pandemic. Through this work, Fields and others like her reject the regimes of disposability that have rendered livelihood as an end in itself, returning livelihood to a means of life as we define it for ourselves. On the land, then, we can envision a post-Covid biopolitics through embodied practice, connecting haptic labor with the lives we can only touch now in our fantasies.

Myles Lennon is the Dean’s Assistant Professor of Environment and Society and Anthropology at Brown University.