Reparative Public Goods and the Future of Finance: A Fantasy in Three Parts

Reparative public goods center redress and reparation in enacting what has for too long been referred to as “universal” public goods. The history of ambitious programs to deliver public goods in the United States and beyond—the New Deal comes to mind—offers an archive of racialized dispossession, exclusion, and exception. Where programs for “universal” public goods do not intentionally redress white supremacy and dollar supremacy, settler colonialism and class power, patriarchy and growth ideologies, they reproduce them. 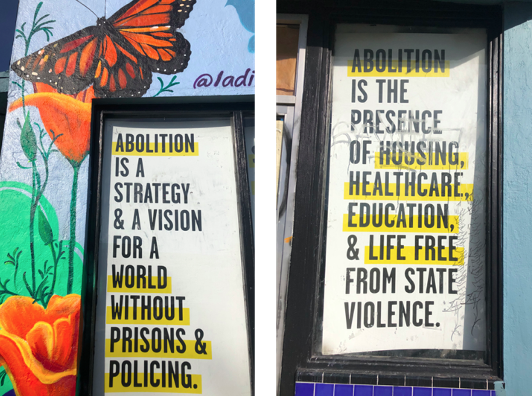 I. Finance after Racial Capitalism

I start with Modern Monetary Theory (MMT) and the work of Stephanie Kelton in particular, as a mind-opening tool, a gateway fantasy.

MMT is out to debunk myths about how the allocation of money from central banks, and the US Federal Reserve in particular, actually works. The myth is that those who govern have to find a way to pay for housing for all, education for all, healthcare for all. They either have to raise taxes or cut spending from other programs in order to finance these public goods. But in actual practice, this is not true. So how does it work?

Rather, by passing the bill, congress authorized the Federal Reserve (the bank of the federal government) to carry out a payment on behalf of the Treasury by changing the numbers in the appropriate military bank accounts. It’s that simple. There was no conversation about tax increases or cuts to other programs. Military budgets routinely pass by a major bipartisan margin in congress. In other words, if an issue has the votes in congress, no one will ask, but how will you pay for it? Congress will simply authorize the funds.

The government is not financially constrained. Households are. The federal government issues dollars; the rest of us merely use them. This means that government debt (known as the deficit) is sustainable. Student debt or debts to the criminal punishment system are not. Could Congress authorize the Federal Reserve to wipe student loan debts off the books? Absolutely. Could congress authorize the Federal Reserve to cover the cost of free public colleges and universities? Absolutely. In fact, that extra $38 billion they gave the military in 2019 gets us halfway toward an annual budget for free college nationwide.

But isn’t a large deficit dangerous? MMT economists say, in general, no. Rather, the question they want us to ask is, for whom is the deficit being run? For the military? Or for Medicare for All? For big banks, or tenants nationwide, disproportionately Black and Brown, already losing their homes in an unprecedented national eviction crisis? What would it mean to run a deficit for reparative public goods? A deficit to #CancelRent? There is public money already available. There is money for healthcare, college, housing, the M4BL policy platform, the Red Deal, the Green New Deal. This is not a fantasy. The fantasy is that we’re ready to take this money, and then decommodify it by creating a public payment system, public banks, and public credit ratings.

Racial capitalism is transnational. Thus, its undoing cannot be bound by national borders. If reparative public goods are to address colonialism and imperialism, oil exploitation and climate debt, then the Future of Finance is transnational. Here, U.S.-focused MMT reveals itself as a story of monetary sovereignty, petrodollars, and global currency hierarchy.

To articulate the fantasy, I need to articulate the problem. The U.S. has authority over its own currency because the federal government both issues and borrows in dollars. The U.S. dollar is also the world’s reserve currency, in part because the global oil market is denominated in dollars, in part because U.S. treasury bonds were substituted for gold post-gold standard, and in all because the U.S. (and its dollar) exercise debt-based imperial power over much of the world. The U.S. dollar is at the top of the global currency hierarchy. Tellingly, the layer underneath is constituted by privileged relationship to the top: the Bank of Canada, the Bank of England, the European Central Bank, the Bank of Japan, and the Swiss National Bank all boast unlimited dollar liquidity swap lines with the U.S. Federal Reserve. And down we go from there—from Greece and Spain in the Eurozone, to many of the countries in Central and South America, Africa and South/Southeast Asia with vast, dollar-denominated debts. Especially in the Global South—where legacies of colonialism and ongoing imperial relationships are the most virulent—many countries import dollar-denominated goods, are forced to borrow in dollars by international financial institutions, and thus must keep dollar reserves on hand to pay debts. (It is important not to oversimplify: Brazil has more room to maneuver than Venezuela; Singapore or South Korea more room than Cambodia or Laos. Kenya more room than African countries in the Franc CFA zone where currency reserves are still held at the French Treasury!)

The fantasy is the end of this global currency hierarchy, and the beginning of an alternative that refuses the fallacy of the “national economy,” moves toward the redress of empire and domination (hello “soft” currencies!), and ends with a multi-scale, transnational public banking and money system. In this fantasy I draw from the work of anti-imperial currency activists, heterodox economists, anticolonial worldmakers and even unfettered finance ministers. Thinking with Andrés Arauz, Jane D’Arista, Yacov Feygin, Adom Getachew, Jayati Ghosh, Bob Hockett, Ann Pettifor, Kemi Séba, Ndongo Samba Sylla, Nathan Tankus …

It starts with a coordinated sovereign debt strike by countries in the Global South that wins debt abolition and access to Special Drawing Rights (SDR), backed by the Federal Reserve. (SDRs, which already exist and are little-used, offer cash, at no cost, and with no conditions. Hat tip to Áurea Carolina, Yanis Varoufakis, Ilhan Omar, Bernie Sanders, John McDonnell and Nathan Tankus, who pushed this proposal IRL.) In the wake of this successful strike, household, municipal, and sovereign debtors’ unions transform the Federal Reserve into a transnational, reparative public resource, socially governed by municipal, regional, and transnational councils and mediated by public banks issuing global currency. This brings the money of extremely wealthy individuals, corporations, and pension funds held in U.S. dollars in the shadow banking system pouring back in, infusing projects of repair and redress: land without landlords, worker owned cooperatives, the end of fossil fuel extraction and combustion, social housing, healthcare, education, art and meaningful work, and life free from state violence and material want.

How do financial futures change when we envision them as a form of repair and redress not only toward human communities, but to the planet as a whole? Green finance and red finance (the latter from The Red Nation, where the red indicates both indigenous-led and socialist) begin to answer this question.

Public banks at local, regional, and transnational scales issue bonds to finance Red and Green deals: land redress, ending fossil fuels (nationalized in the meantime), creating green jobs, research and development in renewable technologies. Green bonds highlight that debt relationships can and should enable futures. Not disable them. In other words, the future of finance will involve debt relationships – the ability to invest now and pay back that investment over time – that are socially and environmentally reparative and productive, not destructive.

In order to ensure resource relations that are not predicated on environmental destruction, we will change what we measure, and thus what we strive for. Pre-Covid, our world’s primary economic indicators measured growth. Interest rates demanded it. There must be more tomorrow than there is today. But more of what? If we want a thriving planet for all, then we have to measure repair and redress, interspecies thriving, health, and wellbeing. Not economic growth. Indigenous activism has long led the way. The Red Deal (The Red Nation 2019, 2020) works with and beyond the Green New Deal to put Indigenous liberation and the liberation of all relatives at the center of the future of finance.

Finance is about human and non-human life. It is not arcane, too complicated, or to be left only to those who understand reserve ratios and quantitative easing. That myth that must be consigned to the acronyms of the last crisis—Too Big to Fail; Systemically Important Financial Institutions—which insisted that “it” is too big and important and “we” are expendable. For too long as we have witnessed the steady financialization of our lives – indebting us as people and depleting the planet on which we live to the point of final destruction – we have believed that finance is about interest rates or derivatives or even regulation. Finance is about us. We are it. It is about the way we redress, repair, resource, and plan our present, and enact our future.

Hannah Appel teaches Anthropology and Global Studies at UCLA, where she also leads the Future of Finance research stream at the Institute on Inequality and Democracy. Hannah organizes with the Debt Collective, with UC Intercampus Abolition, and is mother of two.