“Let’s cultivate the movement we want, and leave space for others to do the same.
There’s room. Let it breathe”
(Adrienne Maree Brown 2017: 116).

An American Suburb Near You

Ordinary life was a privilege even in remarkable circumstances. While “everyone” was adopting new puppies, jogging around their neighborhoods, and teaching themselves to bake a sourdough loaf, we hoped to be able to just be, in the broadness of daylight or inside the comfort of home.

In the frenzy of the virus days, people walked in pairs around dusk, half a block apart in a deliberate amble to keep as much of the invisible threat of sickness in the air between them and a stranger. To some it seemed a return to a simpler moment when couples took the time to be together. But for us a slow stroll in the street was strange. Walking in public had always been a dangerous dance. Now we too stepped off the curb to deviate from danger: potential infection in the form of a white suburban couple on their evening walk. The people once pinned to the sides of things started to find themselves in the middle of the street, in order to be able to breathe safely.

Then came a burst, when they found themselves joined in the middle of the street, any street, every street, boulevards, highways, setting their steps to march, but joined by so many feet new to marching. So many new voices cradling the names of black lives lost. All angry bodies, sad bodies, turning orderly trafficways into heavily human spaces with the presence of a people unified in their disquiet. Eventually, they dispersed. The air was still thick with the dual forces of sickness and the threat of suffocation. They returned to walking in pairs, half a block between each, some bound to the sidewalk again, some grateful for order restored.

But the street held the memory-energy sitting on the surface of the hot cement.

Congregating in open air was a fantasy for all in a time when “gatherings of X amount of people” were restricted, relaxed, and re-restricted in fear. As hard-hit places searched for expertise to halt the global spread, they overlooked containment-savvy countries like Senegal. But this West African nation might go unnoticed once again for its long love affair with exercising outdoors. Dakar in particular is outlined by a strip of beach in three stretches, much of which is a playground for exercise from sunup to sundown. If a former president left his mark on the city with a massive Monument, the new head of state made a more quotidian statement by installing a cluster of new exercise equipment along the Corniche overlooking the Atlantic. The rows of open-air exercise machines gleaming in bright blue and yellow, are a testament to Dakaroises’ love of fitness.

In a popular neighborhood in the North of the city lives a displaced man known as “The Gambian”—signaling his country of origin—whose home is a tarp roof propped on wooden posts. The prized possession of his residence is his homemade gym, complete with a lifting bench and bar weights fashioned out of a metal pole with two tin cans cemented to either end. The Gambian is right at home in Senegal, where the obsession with physical fitness and its public display is one of the city’s trademarks.

After the days of curfew when people’s movements were confined, returning to normal no longer felt normal: a man, carrying nothing but himself, set foot in the open street. Others, curious about his fearlessness to take up space, joined him, now throwing his legs in wide half-moons, crouching and spinning in graceful gestures. The small group formed a circle; voices and handclaps of the gatherers drowned out the clamor of angry car horns. A teacher emerged among them. We can call him the Spaceman.

Portals of Repair: Defending the Vibrancy of Black Life

These circles were not new. Roda in Portuguese, these gatherings are the performance structure of capoeira, an Afro-Brazilian martial art. The musical combat game is the creative concept of enslaved Africans, an art form born out of an imperative to manifest joy and protection. Two bodies vie for space in the finite belly of a circle of encouraging peers, anxious for their turn. A new opponent enters to contend with the last one in, while the first rejoins the circle. Therefore, the roda rotates internally, feeding into itself, releasing fresh energies to its center and then reabsorbing them. These original Spacemen stole the privilege of controlled and improvised movement, populating space for self-preservation against enclosure. In West Africa, the disciples of this African diasporic tradition sought answers. These postcolonial alchemists of ordinary space formed themselves in response to a single question: how did our people generate freedom out of contexts of confinement?

West Africans began to use their craft to materialize magical portals in public and private pockets of urban landscape. Some built a cement circle on the beach in Tanji, Gambia; others in Dakar filled the chambers of the former House of Slaves on Gorée Island. They spent decades gathering sacred energies from sites of trauma and remembrance. These historic shores and brutal monuments to the moment of “No Return” were converted into Doors of Return, sites of welcome for the exiled and oppressed in need of home. In those days, they trained their movements in anticipation of a new moment when the repetition of their gatherings would no longer be a tired plea for recognition and reckoning, too often kept out of sight.

Then the Spaceman taught his students to use movement to create space where there is none. Circular kicks make a kind of shield preventing the other person from getting close from any angle. He taught his students to open their bodies, wide and vulnerable sometimes, other times, he showed them how to use spinning kicks as shield. Through movement, one could manipulate space, however finite, to conjure what he called “magie” and “energia.” His students learned to make spaces of creative being out of so-called dead-space and confinement. Calling the ancestral energies and the continuation of time into their portals of liberation, these demonstrations of rambunctious joy and friendly competition, intimidated anyone who approached with malicious intent.

Once primary schools caught on to teaching “Ancestral Combat,” the circles grew bigger than imagined, and migrated to places they shouldn’t be, disrupting daily life with spontaneous unions. Of the Spaceman’s original students, a small group excelled, the young women who called themselves “Foulard ak Fayda,” after the Wolof concept of fouta ak fayda, meaning “resolute and determined.” These cherished qualities, enhanced by the symbol of their Muslim womanhood, foulard (“headscarf” in French), became their armor to lead the street gatherings. The wordplay of their troupe name caused giggles among some men, until the work of these highly trained space-body manipulators proved an indispensable presence in the city. At every roda, a member of Foulard ak Fayda drove the event, their command of the art drawing passersby into the autonomous zones of protection and play. Soon, those most likely to be targeted for “vagrancy” or “loitering,” whose raced and gendered beings carried bodily burdens, were now celebrated for their grace, strength, and playful spirit. The energy left from those gatherings lingered for hours, seeping into the hard spaces of the city. 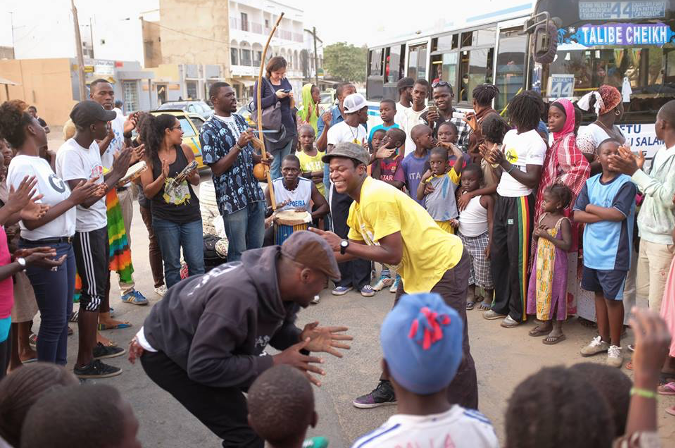 The photo was taken by Bastien Defives in Dakar, Senegal In 2016.

Move. Take space. Breathe. Even the space we leave for ourselves and others to cultivate the movement/s we want needs breathing room. Think of the self-appointed guide of broken souls that was Grandma Baby Suggs in Toni Morrison’s Beloved. As all the great freedom thinkers and freedom movers do, Baby Suggs’ “Clearing” was an opening in the forest transformed into an organic, woodland church; an intentionally unspecific spiritual refuge for the formerly enslaved and their children. In the “freedom” of Reconstruction-Era, Ohio in 1873, these Cincinnati residents were charged with the enormous task of their own healing and protection. Baby Suggs, caretaker and guide for many wayward souls in the community, directed them to love their bodies bit by bit—their necks, their tired hands, their backs, their faces—and commanded them to gather their selves to sit, to cry, and to dance. The movements and gestures, ordinary in their commonness, are made glorious in the context of defiance against erasure and brutality. Their new normal required gathering together in the outdoors, willingly and without the mandate of their laboring bodies, to begin to heal.

Strengthening the body—enriching its vitality through repetitive and free movement through space, domestic or “public,” but always meant to be mundane—is luxurious. Peaceful spaces of fresh air to seek out, draw in, fill our vibrant veins and nourish the heart. What we need for the fitness and health of racially marginalized people is already in our possession. What could it mean to arrive at a more open kind of air?

The fantasy is a simple one with such immense clarity, as it is repeated and echoed through time. We want to take care of our bodies. We want the peace we know intimately, because we’ve been made to live perpetually in pursuit of it. Fantasy is in the ordinary: exercising in open air with a group of friends, or going out for a run in the neighborhood. 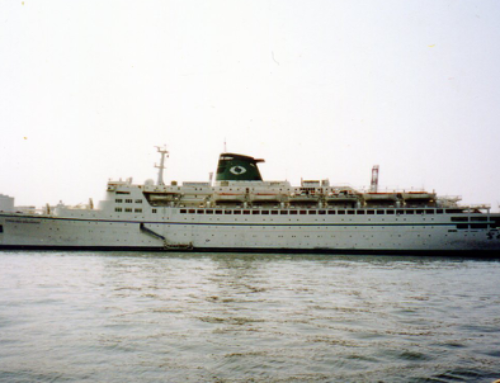 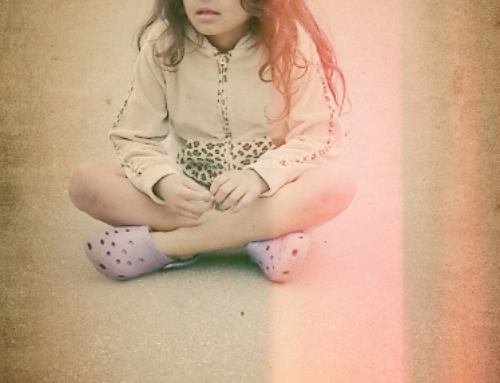 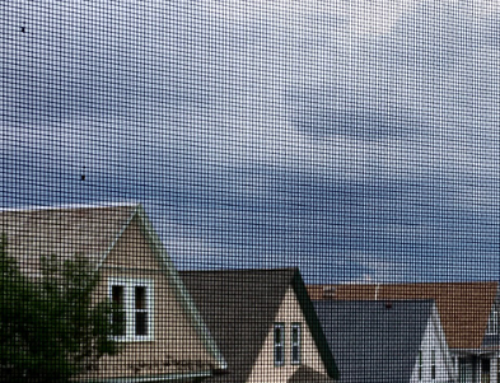