“We have to look towards the future of our people, of our community. We can’t just sit back and let others say what we can be in the world. I want to show others that we are all worthy, that we are God’s children and that He wants us to make our own fate (kohtalo), take our life into our own hands.” This is how Tino, a seventy-year-old Finnish Kaale (Finnish Roma), framed his decades-long involvement with missionary projects among Roma in Romania. He expressed not only a need to connect with his brothers and sisters across national boundaries but also a desire to play an active role in shaping what he saw as the future, namely “the children.” At a time of rising anti-Gypsy sentiment across Europe, Tino wanted to play an active role in helping other Roma take control of their futures.

Roma have recurrently been portrayed as people who “live for the moment” (Day, Papataxiarchis, and Stewart 1999, 3), with maintenance of the present being the primary temporal orientation. Here, I offer an alternative reading of Roma temporality that goes beyond a presentist framework by considering the future-oriented outlook of Roma Pentecostal Evangelism. In transnational missionary work conducted by Roma for Roma (usually in Eastern Europe), futural orientation is most evident in initiatives intended to rewrite the destiny of the international Roma community. Foregrounding the future in an analysis of Roma everyday life aids our understanding of how the present may be filled with multiple indeterminate potentialities, providing an alternative perspective on how Roma everyday action is based not only on presentism, but on hopes and fears for the yet-to-come. 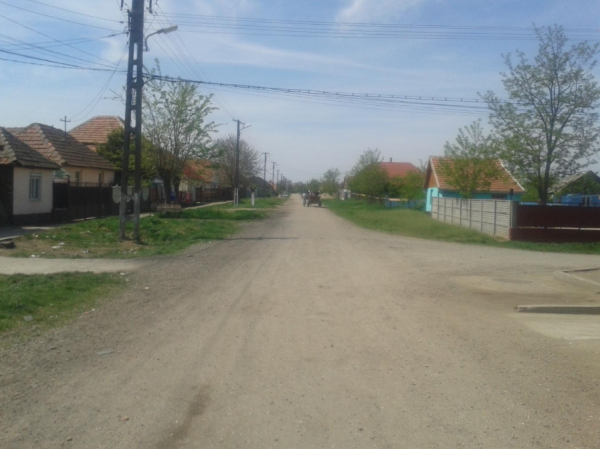 Missionary village with horse and carriage in the distance.

For Pentecostal Roma missionaries, “faith made manifest” constitutes a distinctive understanding of Roma destiny since they encourage local communities to imagine their futures in the mold of Evangelical Christianity. Rather than a focus on Roma presentism, missionaries advocate laying the groundwork for the future in the present, a future based on child education and transnational Evangelical connection. A collective vision of the future is what drives missionary work in the present while the missionized are asked to invest now in their destiny through a program of faith-based education.

Visions of the Future: the growth of Pentecostal developmentalism
Having entered the community in the early 20th century, Evangelism has become a central part of Kaale life, often translating into an engagement with missionary-cum-development projects among Roma communities in Eastern Europe. Every year, in Finland, groups of Kaale Pentecostal believers prepare for a journey to contact Roma communities in Eastern Europe. The missionaries describe their practice as both a spiritual need and a moral obligation to alleviate the suffering of “our brothers and sisters.” Their understanding of a Roma future (tulevaisuus) is shaped in the language of faith – Roma as a people chosen by God – and points to a future where a proud community stands on equal footing with their neighbors. This feeds into a broader utopian futural representation of transnational Evangelical Roma solidarity. 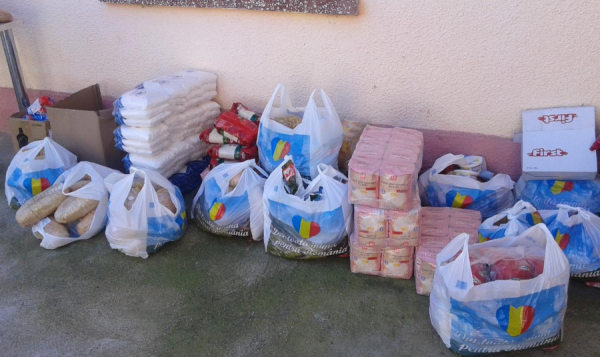 The missionaries emphasize education as central to securing a better long-term destiny for Eastern European Roma communities. Education will allow Roma to take control of their lives and open-up the future to multiple possibilities. Youth work (nuorisotyö), missionary work (lahetystyö), and Roma work (Romanityö) all focus on developing the educational infrastructure to provide for the long-term future of the Roma people: setting up Bible schools and teaching areas within local Roma Pentecostal congregations, supplying teaching materials, and sponsoring teachers and educators within local communities (Roman 2018, 47–48). Yet education is not only a path toward “a good life,” it is also a means of strengthening Roma pride and channeling it for future generations. In epochal terms, generations become the unit through which ideas of growth can be measured and new destinies forged. As one interlocutor argued, “Many of them [Eastern European Roma] have no education, no IDs, no homes. And if they don’t have education or proof they exist, they have no future […] Getting them access to basic education is a priority for us because children are our future…” 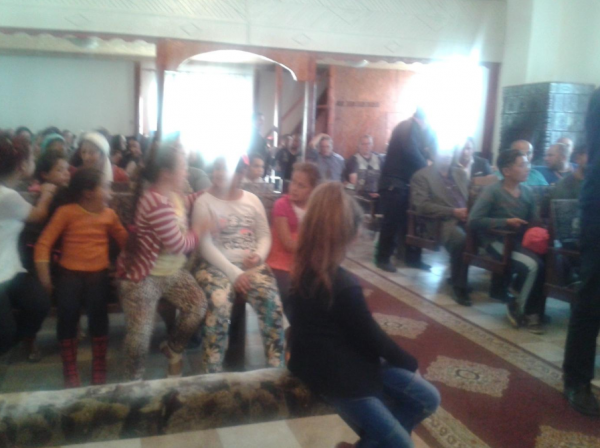 This form of faith-based development, investing in the infrastructure of education to strengthen the future of God’s children, represents the compression of religious faith with specific ideas of social, moral, and material wellbeing. The missionaries attempt to reorient the Roma toward the future through the language of faith, a future that will unite Evangelical Roma across national boundaries. Yet destiny, Tino believes, is not a passive manifestation, it is not something set-in-stone but something that must be constantly authored and cultivated by people in the real-world. Education is the key to Roma destiny and work must be done here-and-now to forge the future.

This future-oriented worldview allows for destiny to take shape as the individual walks through life, changing in indeterminate ways depending on their faith-based action. Individual destinies cultivated through education connect to broader understandings of the long-term fate of a transnational community of brothers and sisters. Individual and collective destinies operate across interconnected timespaces, on the level of the personal lifetime, the local community (in Eastern Europe), the international Roma population, and in epochal terms by creating and preserving Roma for future generations.

Missionary practice, by Roma for Roma, provides fertile ground for thinking about individual and collective orientations to the future among a population often portrayed as presentist. Transnational missionary work conducted by Pentecostal Kaale among impoverished Roma communities in Eastern Europe draws the future into present action in numerous ways, primarily based on futural ideals of improving education and fostering transnational Roma solidarity. Missionaries emphasize the fate of children as the future of Roma communities, with the potential to deliver Roma from a life of marginality, perpetual crisis, and exclusion. At the intersection of humanitarianism, development, and Charismatic Christianity, Roma Pentecostalism attempts to rewrite the future of Roma communities in Eastern Europe by cultivating a focus on destiny as futural orientation.

Acknowledgments
I am grateful to Daniel Knight and Rebecca Bryant for encouraging me to think through the future and inviting me to take part in the conference “Orientations: The Anthropology of the Future.” This essay is written as a part of the research project “Roma Interbellum. Roma Civic Emancipation between the Two World Wars” funded by the European Research Council (ERC) under the European Union’s Horizon 2020 research and innovation program (grant agreement No 694656). It reflects only the authors’ view, and the agency is not responsible for any use that may be made of the information it contains.

Raluca Bianca Roman is a Postdoctoral Research Fellow on the ERC Advanced Research Project “Roma Interbellum” (2017-2021) at the University of St Andrews, Scotland. She holds a PhD in Social Anthropology from the University of St Andrews and her work has focused on belonging, Pentecostal conversion, and transnational religious mobilization among Roma in Finland (the Finnish Kaale). Her postdoctoral research explores the processes and experiences of Roma civic emancipation during the inter-war period, with a focus on the shaping of Roma “visions of the future” in Romania and Finland. 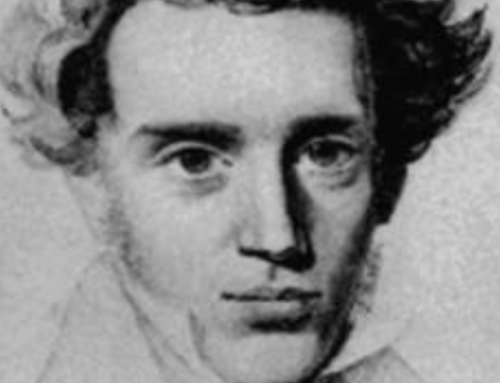 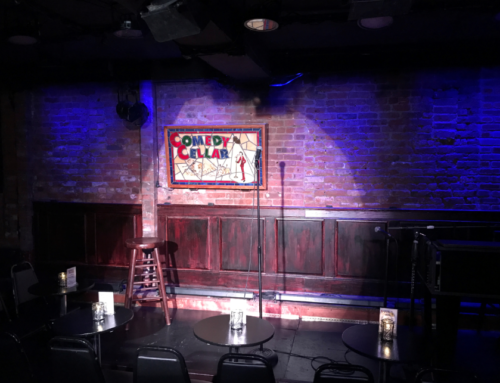 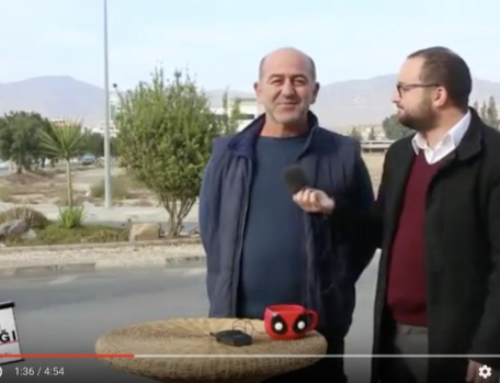 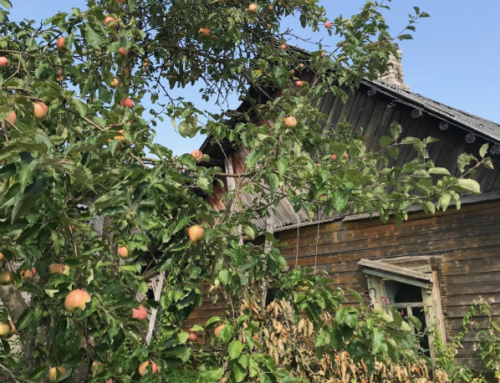