A constant striving was endemic to the human situation, Søren Kierkegaard considered, since at the heart of every individual life was a tension and unrest concerning future possibilities: “eternally it is the task of every individual to become an entire human being” (1941, 309). By “task” Kierkegaard implied both necessity and duty. To be a human individual was to exist in a mode of becoming since one’s identity was a product of one’s will, one’s desire, and one’s work. 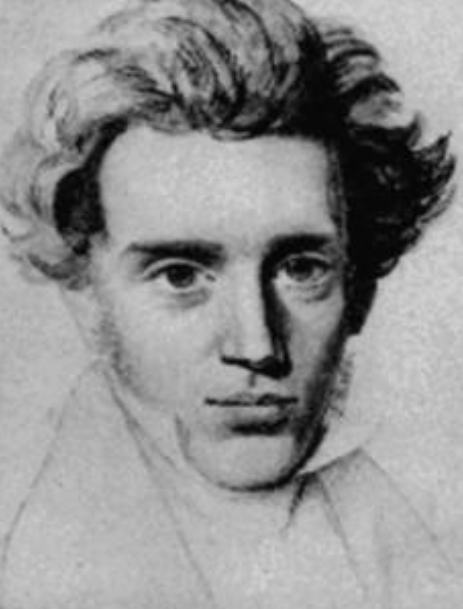 It was also the case that it was vital to exercise this human freedom, for an authentic and personal life was obliged to possess its own project and not to follow that of another: “It is not so much a question of choosing the right as of the energy, the earnestness, the pathos with which one chooses. Thereby the personality announces its inner infinity, and thereby in turn the personality is consolidated” (Kierkegaard 1987, 144). Individuality entailed choice and passion, freedom, and commitment. At the same time, Kierkegaard recognized the anxiety associated with having the responsibility to face the future. Freedom could be dizzying and incur vertigo: “anxiety is the dizziness of freedom, which emerges when (…) freedom looks down into its own possibility” (Kierkegaard 1981, 61).

One consequence of Kierkegaard’s existentialist understanding of the human being and orientation towards its future is to put the concept of culture—that favorite determination of a structuralist anthropology—in its proper place. Culture can be defined as those symbolic systems and rhetorical devices by which particular conventional versions of the world’s objects and relations are classified and expressed in community exchange. But while cultural forms facilitate expression and exchange they are not things-in-themselves, in possession of their own agency, and they do not represent some kind of horizon: shaping, limiting, determining. Culture, in Michael Jackson’s summary, should “be seen as an idiom or vehicle of intersubjective life, but not its foundation or final cause” (2002, 125). Cultures are symbolic tools put to particular uses: they speak to the customary truths of tradition and commensality rather than any knowledge of absolute ontologies. Cultures do not represent destinies.

Cosmopolitanism and Culture
An anthropology that orientates itself towards the human situation, and the freedom of the individual actor to become as prescribed above, I would define as a “cosmopolitan” one (Rapport 2012). Such an anthropology recognizes cultural systems of symbolization and classification to be rhetorical devices, epiphenomenal upon the ontological realities of individuality and humanity. There are universal human capacities and these manifest themselves in individual human bodies: in the substance of individual lives—world-views and life-projects—as individually created. Humanity lives as individuality (Rapport 2003). The work of a cosmopolitan anthropology is to traverse the spectrum between human capacity and individual substance: how the dialectic of species wholeness (cosmos) and embodied individual particularity (polis) might give onto universal insights concerning knowledge of the human situation and a universal human morality alike.

Moreover, if individuality and humanity represent the poles of an ontological truth concerning the human condition, then classificatory distinctions that are erected between the individual and the human—society and culture, nation and community, ethnicity, religiosity and class—are there to be critically examined and deconstructed. In order to ward off the anxiety of our solitary and subjective embodied consciousness, we may imagine intersubjectivity: groupness and common being. Notwithstanding, the truth of individuality and humanity, of universal individual human consciousness and embodiment, exist beyond any “phantasies of groupness” (Laing 1968, 81). It is to the ontologies of humanity and individuality that a cosmopolitan anthropology provides scientific and moral testimony.

How then do we orientate to the future, daily preparing the groundwork through current thoughts and desires? For a cosmopolitan anthropology, the question carries moral weight: anthropology has the moral objective to work out those social conditions wherein universal human capacities might find their fulfilment in every individual human life, irrespective of the accidental circumstances of their birth (Rapport 2007).

Futurity as Birthright
The future can be conceived as a human birthright. Human beings have the capacity to author their own individual versions of self, other, and environment: according to a cosmopolitan perspective, they should enjoy the right to live by these individual versions, to the extent that they do not curtail the rights of others. That is, a human life needs to pay no dues to versions of reality other than its own—to the symbolic classifications and traditions constructed by others. A life is the precious possession of its individual incumbent alone. It is destined to belong to no culture, no community. Again, as Bryant and Knight (2019) observe, time may have a collective perception, but efforts to impose a hegemonic sense of temporality and orientation towards the future should be resisted. The future becomes that ideal domain in which the individual becomes, and keeps on becoming, according to his or her own “choice, passion, freedom and commitment” (to recall Kierkegaard’s phrasing).

A cosmopolitan anthropology insists that history be seen to start afresh with each individual life, and anticipates the liberal state enshrining this principle as a birthright. There should be no compromise with assertions of cultural hegemony, no strategic essentialism concerning a future forewritten by claims of identitarian collectivism or telos. Every obstacle—of time and space, of culture, custom and community, of supposed “timespace”—should so far as possible be removed that disenfranchises an individual from enjoyment of a human birthright to practice their own world-views and life-projects, opening up individual lives to global possibilities.

Laing, Ronald David. 1968. The Politics of Experience and the Bird of Paradise. Harmondsworth: Penguin.

Rapport, Nigel. 2003. I am Dynamite: An Alternative Anthropology of Power. London: Routledge.

Rapport, Nigel. 2007. “An Outline for Cosmopolitan Study, for Reclaiming the Human through Introspection.” Current Anthropology 48 (2): 257-83.

Rapport, Nigel. 2012. Anyone, The Cosmopolitan Subject of Anthropology. Oxford: Berghahn.

Nigel Rapport is Professor of Anthropological and Philosophical Studies at the University of St. Andrews, Scotland; he has held the Canada Research Chair in Globalization, Citizenship and Justice at Concordia University of Montreal. He is also Founding Director of the St Andrews Centre for Cosmopolitan Studies. His research interests include: social theory, phenomenology, identity and individuality, community, conversation analysis, and links between anthropology and literature and philosophy. His most recent books are: Distortion and Love: An Anthropological Reading of the Life and Art of Stanley Spencer (Ashgate 2016); and, as editor, Distortion: Social processes beyond the structured and systemic (Routledge 2018). His current focus is on love as a civic virtue: Cosmopolitan Love and Individuality: Ethical engagement beyond culture (Rowman and Littlefield 2019).