by Nomi Stone and Carole McGranahan
Brief. Urgent. Intense. 750 words total, stripped of excess. Some have called flash fiction the “smokelong” — stories that last the duration of smoking a cigarette. Others have paralleled the flash genre to “the moment you hit the breaks,” or like “a sparkler, spritzing dashes of light into the air,” or “like a bonsai tree, compressed, yet sculpted to create movement, proportion, asymmetry, and poignancy.” But if this describes flash fiction, what is flash ethnography? In August 2020, we gathered a group of anthropologists in a three-part workshop to reckon with this question.

We were seduced by a genre that was not yet settled. Although a few scholars had written flash ethnography before, notably Susan Levine and Caroline Osella, and including under the name “sudden anthropology,” the genre was still mostly unknown and undefined. In the midst of a pandemic, at a time when writing was difficult for some, the idea of a short yet robust genre appealed. So we joined forces to embark on a definitional experiment to dream this new writing space into existence. What, we both wanted to know, might be the pleasures and potentials of its constraints? Carole was interested in opening up new spaces in her writing, specifically to tell stories that were condensed but also stark. She wanted an ethnographic reboot for the current political moment. For Nomi, an anthropologist who is also a poet, she was primarily compelled by hybrid play in form. How to make the shape, the container, differently enliven and transform the ethnographic material? We knew we didn’t want to do this alone, but in community. So we brainstormed a list of anthropologists who seemed to likely share this sensibility and invited them to join the project. All together there were seventeen of us writing and thinking together, generously supporting each other as we figured things out workshop-style. We read and discussed flash essays as models, we did free writing exercises, and we mused out loud about what flash could be. Then we each wrote a flash essay and workshopped the essays over two long, but fun online sessions.

Amidst our call-and-response conversations with the collective, we ultimately understood flash ethnographies to be compressed and intense, saturated with vivid imagery and affect; and crucially, to be self-enclosed: each a discrete whole, rather than an excerpt from a larger project. One should begin in the middle rather than getting caught up with lengthy exposition, allowing each sentence to peel back another layer. And of course, like ethnography, the flash version is likewise accountable to the real, made from the tangled and charged texture of being-in-the-world and attuning ourselves also to the worlds of others. What, we collectively wanted to know, were the life conditions of this genre? Where would it take us, and us it? 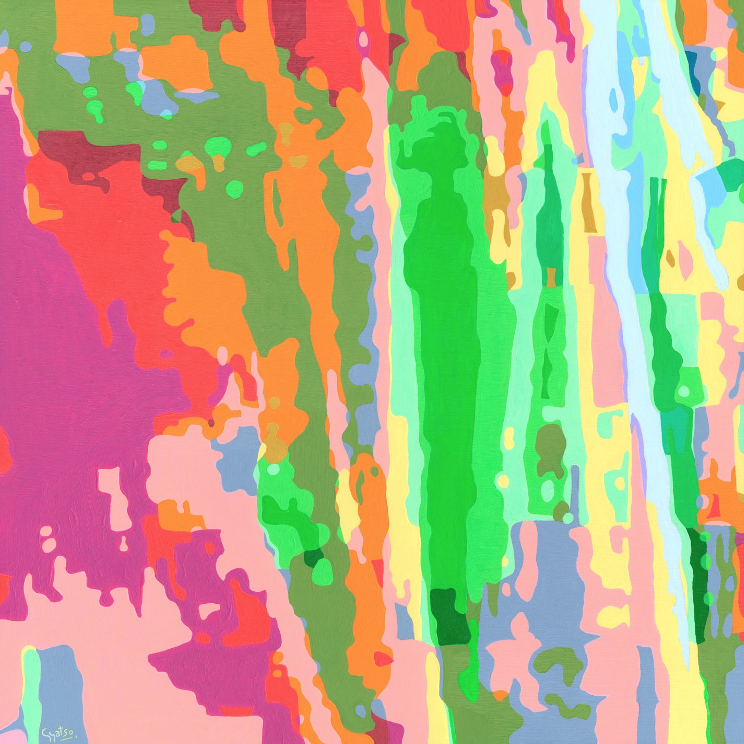 The essays criss-cross places, times, worlds, affects: the backroads of Vermont, mariachi bands at moonlight in San Francisco, apartments in La Habana Vieja, archives in Texas and Greece and England, a dentist’s office in Dallas, a conversation between new friends, the offices of bureaucrats in Nepal, the frozen streets of refugee neighborhoods of Amman, a block in Brooklyn, a Zoom call between home and a slough, and many more. These essays also traverse a range of sub-categories or genres of ethnographic flash: among others, we encountered the lyric essay (Sienna Craig darts through images and their flash of longing amidst belonging); the encounter where mood braids with scene (Alessandro Angelini’s essay traces an affect percolating through a world and its effects); the double (in Roxanne Varzi’s piece, the world of a game and the outside world poetically fold into each other); the persona flash (Huatse Gyal in the voice of an ethnographic interlocutor); and the object flash (in her version of this, Alison Cool jumps between archival boxes’ charged contents).

It is possible to say a lot with a few words. Poets know this, and now ethnographers do too. For us, the flash genre felt close to fieldwork, to immersion and immediacy as parts of knowing. There was a freeing element in this, but an urgency too. In this collection are seventeen essays, varied across form and content, each roughly 800 words in length. Confession: it was hard for loquacious academics to cut, and cut, and cut. But we did. We pruned and we sculpted: we sheared away the excess, we trimmed away at the context, instead embedding it within telling details as gracefully as we could. One novelist described the bonsai as “a particular representation of something much more than itself.” Each essay, its invitation to genre, is its own miniature world, and likewise gestures outward into more.

This collection of flash ethnography was a group effort. In the pages that follow are essays from Alessandro Angelini, Ruth Behar, Jessica Cattelino, Alison Cool, Aimee Meredith Cox, Sienna Craig, Roberto González, Huatse Gyal, Carole McGranahan, Penelope Papailias, Ashanté Reese, Kali Rubaii, Nomi Stone, Catherine Trundle, and Roxanne Varzi. Thanks to all of our authors for creating this writing community, including Alma Gottlieb and Anand Pandian whose future essays we eagerly await. Whether you are new to the flash genre, or have been writing flash for a while, may you find something to think with here, or even better, be inspired to write.

Carole McGranahan teaches anthropology at the University of Colorado. She is the editor of Writing Anthropology: Essays in Craft and Commitment (Duke University Press, 2020).

Nomi Stone teaches hybrid courses bringing together creative writing, literature, and anthropology at the University of Texas at Dallas. She is the author of the poetry collections Stranger’s Notebook (Triquarterly, 2008) and Kill Class (Tupelo, 2019), and her next book Pinelandia: Human Technology and American Empire is forthcoming (University of California Press, 2022).