Being a Buddhist Nun 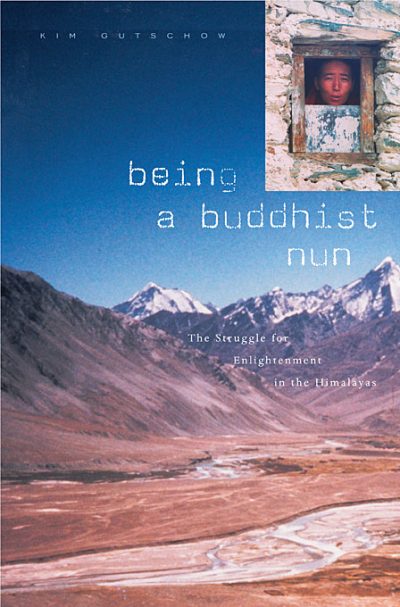 Being a Buddhist Nun

The Struggle for Enlightenment in the Himalayas

They may shave their heads, don simple robes, and renounce materialism and worldly desires. But the women seeking enlightenment in a Buddhist nunnery high in the folds of Himalayan Kashmir invariably find themselves subject to the tyrannies of subsistence, subordination, and sexuality. Ultimately, Buddhist monasticism reflects the very world it is supposed to renounce. Butter and barley prove to be as critical to monastic life as merit and meditation. Kim Gutschow lived for more than three years among these women, collecting their stories, observing their ways, studying their lives. Her book offers the first ethnography of Tibetan Buddhist society from the perspective of its nuns. Gutschow depicts a gender hierarchy where nuns serve and monks direct, where monks bless the fields and kitchens while nuns toil in them. Monasteries may retain historical endowments and significant political and social power, yet global flows of capitalism, tourism, and feminism have begun to erode the balance of power between monks and nuns. Despite the obstacles of being considered impure and inferior, nuns engage in everyday forms of resistance to pursue their ascetic and personal goals. A richly textured picture of the little known culture of a Buddhist nunnery, the book offers moving narratives of nuns struggling with the Buddhist discipline of detachment. Its analysis of the way in which gender and sexuality construct ritual and social power provides valuable insight into the relationship between women and religion in South Asia today.