AES is pleased to share this interview celebrating our 25th anniversary American Ethnologist article from 1995. Kathryn E. Goldfarb, assistant professor of anthropology at the University of Colorado, interviews Janet Carsten, professor of social and cultural anthropology at the University of Edinburgh, about her article “The Substance of Kinship and the Heat of the Hearth: Feeding, Personhood, and Relatedness among Malays in Pulau Langkawi.”

This interview explores transformations in anthropological kinship studies over the past twenty-five years, ethnography’s power as provocation and inspiration, and the political potential of contemporary research on relatedness.

Kathryn Goldfarb: Janet, I would identify your 1995 American Ethnologist article, “The Substance of Kinship and the Heat of the Hearth: Feeding, Personhood, and Relatedness among Malays in Pulau Langkawi,” as part of the vanguard of the “new kinship studies” in anthropology. When you wrote this piece, what were your feelings on the state of the field? Did you have a sense that you were part of a new wave of scholarship that reframed the possibilities for studying relatedness? Looking back over the twenty-five years since this article was published, what are some of the primary ways the field of kinship studies has changed?Janet Carsten: It’s difficult now to recapture that moment, which seems so long ago. I’m not sure that I had a sense then of being part of a new wave. But if I now look at how the article was framed and the references in it – to the work of scholars of Malaysia, southeast Asia, and the wider Austronesian world, which forms the main context, and beyond these, to the writings of Ingold, Schneider and Strathern, what comes across most strongly, I think, is the primacy of the ethnography from which the argument is drawn, and then an attempt to make sense of this in terms of a larger discussion about biology and culture, the “given” and the “made,” and ideas about bodily substance and gender. There was a sense of frustration, I think, that kinship studies seemed to have become quite dry and technical, removed from the lives and liveliness, the everyday happenings, and the importance of women in making kinship, which are in many ways its most essential and obvious elements. I did very much want to convey that in my writing.In terms of changes to kinship studies over the last twenty-five years, I think there are numerous scholars who have produced that sense of animation emanating from the everyday in their studies – Catherine Allerton’s work might be just one example. But I’m impressed by how much the field has broadened to include, for example, material stuff, personhood, memory, gay kinship, reproductive technologies, the state, migration, care and many other themes. The close scrutinization of the place of kinship in modernity – incisively analyzed in Susan McKinnon and Fenella Cannell’s introduction to Vital Relations – has been a really important development. Another has been discussions of naturalization, which have drawn on feminist scholarship and work on gender. That theme brings together religion, kinship and politics in productive ways, and I think will be with us for a long time to come.

KG: I often ask my students why they think that David Schneider’s ghost is still so ever-present in kinship scholarship. Your work, which engages in a generative and “friendly” manner with Schneider, also firmly transcends Schneider’s analytical separation of “biological” and “social” dimensions of kinship. And yet there are so many ways that this separation is recreated in contemporary scholarship that I see published. Including but also moving beyond Schneiderian influence—what are some ways, in your view, that kinship studies have not changed in the past twenty-five years? How do you understand the durability of Schneider’s scholarship?

For me, Schneider remains fascinating because of the way he talks about the concept of relatives “by blood” in the book American Kinship. His conceptual category of “blood” is so slippery, making clear the ways that this concept seems to stand for something biological and material, but actually is thoroughly culturally constructed, deeply polyvalent and symbolic. This seems to be a primary provocation for your own work on “blood,” which is a central theme in this 1995 piece, and you explore this topic in a different way in your 2019 book Blood Work.

JC: The answers to these questions could be quite long – as you rightly say, I’ve been thinking about them in different ways for around forty years now! Schneider’s work, for me, was a wonderfully generative touchstone. It seemed, simultaneously, to criticize and reassert the distinctions between the biological and the social – to deconstruct these categories but also to reconstitute them. I think there are strong reasons for that – reasons that were explored in a groundbreaking way in the MacCormack and Strathern edited collection, Nature, Culture and Gender. So, it was possible both to draw on Schneider and to find more to say. But I agree with you, it is a bit dismaying to find how frequently “biology” continues to be unreflectively used in current work. This probably has to do with how students in anthropology are taught and trained. So, one important change is that kinship studies are no longer so central to the discipline as when I was a student. It may seem to those who don’t engage much with kinship studies that this is a field that is rather old hat and not of the moment. In other words, there is a perception sometimes that kinship studies remain unchanged. And this means that very many students complete a PhD without ever having taken a course on kinship. I think they can then often miss a central part of the history of our discipline, and also find themselves lacking some useful background and tools when it comes to analyzing their own ethnographic material.

And you are also right that Schneider’s discussion of blood in American Kinship is illustrative of both the generativity and the limitations of his arguments. I think they will continue to be a point of departure – marking a point when kinship studies took one of a number of decisive turns – through it’s interesting how much he missed out, including gender. In thinking more about blood, I had partly been provoked by what you call the “slipperiness” of Schneider’s pronouncements (or what goes unanalyzed). There seemed to be so much unsaid in his depiction of blood and “blood relatives.” But once again, the terms in which blood was described to me by the Malay villagers I knew in the 1980s made me think about this further, and put unspoken cultural assumptions about blood – which are often implicit in anthropological discussions – into question. When I came to look at this again, a quarter century or so after my first fieldwork in Malaysia, I could draw not only on work on kinship, religion and politics, but also on more recent scholarship in science studies and medical anthropology. Blood seemed to be a way to bring these different fields together. Blood Work is a very different kind of ethnography from my earlier work on Malaysia, and this stems in part from the fact that the research was carried out in such different contexts – high-tech, urban spaces rather than a village. But also because it is not straightforwardly a kinship study although it is very much informed by my background in kinship. In that way perhaps, it reflects wider disciplinary changes. 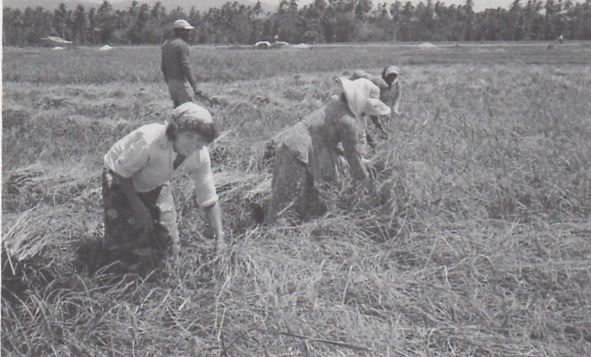 KG: It’s neat re-reading “The Substance of Kinship and the Heat of the Hearth” and considering the ways that so many of your core interests are represented here (like the concepts of the “house” and “blood”). Can you reflect a bit about the ways this formative research served as a foundation for future interests?JC: I think you are right that the seeds of much of what I’ve done since that article was published in AE can already be seen there, and especially if taken together with a more historical piece on kinship and memory published in JRAI in the same year. The themes of the house, cooking, gender, ideas about food and bodily substance, and memory were all present. They were explored further in the volume on the house co-edited with Stephen Hugh-Jones, and in the small project on adult adoptees’ searches for birth kin, which I carried out in Scotland in the late-1990s. Together with the more recent research on blood, which you’ve mentioned, all of that work explores the place of the “given” and the “made,” as well as the importance of memory and time, in practices of kinship. One could say, that much of it was inspired by trying to think about the ways that the Malay practices and articulations that I studied in the 1980s were different from the European or Euro-American understandings I had been familiar with. And the research I’m currently doing on marriage in Penang (part of a collaborative project on marriage in different places carried out with colleagues at Edinburgh) also goes back to a much earlier theme of exploring the transformative potential of marriage in Malay kinship. So, I find it very hard to think about anthropological problems in the abstract – I need the provocation and inspiration of ethnography. In that sense, the earlier research gave me much to reflect on that has continued to nourish me intellectually and to generate new questions over many years.

JC: Yes, I’m not sure I would phrase it in that way if I were writing now! I think you’re right that “biology” does often go unconsidered in the way you describe, or the dichotomy in fact gets reiterated while apparently being deconstructed, sometimes in a quite superficial manner. Part of my interest in blood is exactly that it partakes of many different fields simultaneously, and accrues meanings and associations in all of them. Its “symbolic load” and metaphorical resonances are carried (often implicitly) between different areas of social life. I think it’s important that, as anthropologists, we keep all of these areas in view and attend carefully to the ways in which they are connected. Blood is one very important vector through which this happens.

As we know from historical and current articulations, ideologies based on blood can have extraordinary political purchase. It has this in common with “race” – to which it often connects. Importantly, both “blood” and “race,” as symbols, can be given apparent physical, “natural” or “biological” referents, and this is undoubtedly part of their power. For that reason alone, although there are others, we should be aware of how this operates. Anthropologists have quite a lot of expertise in the different ways in which this naturalization occurs in different cultures and historical eras, and its political potential. The field of kinship studies is an important part of this expertise, and makes kinship theory especially apt to think with in the current political moment.

Carsten, Janet. 1995, “The Politics of Forgetting: Migration, Kinship and Memory on the Periphery of the Southeast Asian State.” Journal of the Royal Anthropological Institute (N.S.) 1: 317-335.

Carsten, Janet. 2000. “Knowing Where You’ve Come From: Ruptures and Continuities of Time and Kinship in Narratives of Adoption Reunions.” Journal of the Royal Anthropological Institute (N.S.) 6: 637-53.

Carsten, Janet and Stephen Hugh-Jones (eds.). 1995. About the House: Lévi-Strauss and Beyond. Cambridge: Cambridge University Press.

Schneider, David M. 1984 A Critique of the Study of Kinship. Ann Arbor: University of Michigan Press.

Cite as: Goldfarb, Kathryn E. and Janet Carsten. 2020. “The 25th Anniversary of “The Substance of Kinship and the Heat of the Hearth: Feeding, Personhood, and Relatedness among Malays in Pulau Langkawi”.” American Ethnologist website, 4 October 2020 [https://americanethnologist.org/features/interviews/the-25th-anniversary-of-the-substance-of-kinship-and-the-heat-of-the-hearth-feeding-personhood-and-relatedness-among-malays-in-pulau-langkawi]