Sinophobia, the coronavirus’s ominous companion, has been the newest—although expected—topic of discussion in my class “Images of Asian Women: Dragon Ladies and Lotus Blossoms.” From the beginning of the spring semester, the disruption in the lives of my students who could be seen as “Chinese” was both real and surreal. It was weeks before the coronavirus outbreak would overtake the East Coast of the USA. Yet the effects of Sinophobia had already expanded to Asians and Asian Americans from Chinese to Vietnamese, Thai, and other groups, thus confirming Orientalism’s homogenizing trope.

“My mind is blown,” one student told me after our brief discussion of racism due to coronavirus. “I do not recognize my country. I realize that I grew up in a very sheltered environment,” she added. But now she was in “complete shock.” Like her, many of my students were frightened and confused, especially the ones who had experienced little racism while growing up. They suddenly found their surroundings hostile and unsafe with strangers glowering at them and even yelling racial slurs. Frightened, disoriented, and confused, they found some space to discuss their experiences in my class. But our classroom community was disrupted before we had a chance to explore the structural and historical backgrounds of racism and its newly augmented manifestation due to the coronavirus.

It was an e-mail from one of my quietest students that made me realize that the virus was turning into a pandemic. “I wanted to ask for an extension on my paper as there is a rumor that all students will be required to move out of the dorms in a few days,” she wrote. In the next few days we were told that access to MIT buildings would be limited. I frantically gathered a few boxes of books and media with little idea of what I would be using during this pandemic of uncertain duration. By 11 pm I was ready to leave and I checked on our department plants, which are well loved by our wonderful staff. A stick-on note indicated the date of last plant watering: March 16th, 2020. I watered and changed the date: March 20th. At home, as I grievingly and reluctantly converted my lively discussion class into a digital format, my students expressed their eagerness to discuss their experiences of the pandemic, their panic on being forced to move out of their dorms, the stress of uncertainty, and, of course, their daily experiences of racism. I will oblige them, but how? 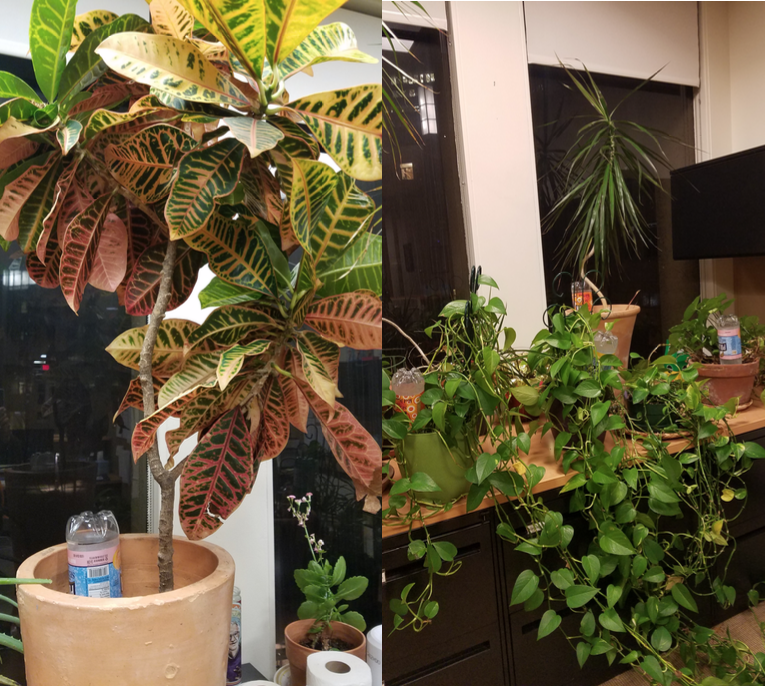 “Images of Asian Women: Dragon Ladies and Lotus Blossoms” is an undergraduate seminar that explores stereotypes of Asians, and Asian women in particular. In regular times, it is designed – like many socio-cultural anthropology classes – to unravel the taken-for-granted, to destabilize the known, and to reveal the uncomfortable and the difficult to accept. “Mind-blowing,” destabilizing factors are built in. For instance, in the past, some of my students acknowledged to me that they had felt guilty for having considered that Asian Americans were superior to Asians in Asia. Some felt close to being traumatized that what we have taken for granted as appealing and pleasing contain some of the most potent tools of our oppression. I emphasized listening differently in order to understand and appreciate marginal voices and narrative shreds, as opposed to only hearing those who speak in a mainstream way (a la Steedly 1993). All of these (positive) disruptions had been the features of this class during what in retrospect were times of normalcy.

With the current disruptions, however, I wonder if the unraveling, dislocating, and revealing of the abnormalities of life need the usual emphasis. During a time when the “abnormal” is the stuff of daily life, shall I turn my attention towards an examination of what we took for granted as normal? Of course, this is not a simple switch, but a way to build new ways of looking at and understanding the “everyday.”

Given the concerns of my students, I will be restarting my class with a unit on the history of Asian Americans, with an added emphasis on the interconnection between racism, xenophobia, and public health during pandemics in previous centuries. I am hoping that insights into the historical and structural analysis of racism will help us to understand that rebuilding communities and restoring some version of normalcy will not be automatic and given, but will require communal work. One way to progress in the semester will be to encourage my students to treat their experiences of dislocation, health issues, and attacks on their identities as an impetus for their ethnographic research. Yet some students asked me to keep the flow of the course similar to what it was in the pre-coronavirus world, in order to maintain some sense of continuity and normality.

In addition, it is also a time to imagine alternative worlds. In my graduate seminar, “Virtual and Other Realities,” we employ anthropological theories to explore technologically mediated virtual reality as part of a whole continuum of realities that are built through ritual, language, performance, and science fiction. In other classes, where I taught anthropological works on various communities’ reactions to violence, destruction, and displacement, I used to highlight everyday realities that superseded fiction in their improbability, horror, and drama. As we now enter multiple virtual realities – led by microbial, societal, and technical prompts – the themes of my class have swelled up unexpectedly.

We will resume this class on virtual and other realities by thinking about worldbuilding in science fiction. Even in the seemingly more fictional than real world we now inhabit, there is a need to imagine alternative reality. That is because in order to change the current situation and the conditions that have led to it (e.g., a lack of empathy on the part of our leaders and a health insurance system gone wrong in the USA) we must continue to expand our imagination. Ruha Benjamin (2016) asks why it is possible to imagine labs for growing spare body parts but not ways of “growing empathy for other human beings in our daily lives?” Indeed, many practitioners of Virtual Reality (VR) are hoping to reverse structural inequalities based on gender, race, and class by cultivating empathy: having individuals experience being someone else through the medium of VR. While these attempts have been met with criticisms, their aspiration is laudable. Our class was built around examinations of multisensory art and visits to various VR-mediated sites, which included watching VR films with headsets at MIT’s Immersion lab.

And now with VR labs closed, we will continue to imagine. Maybe there is a way to halt medical exclusions, the privileging of the economy over people, and the extinction of certain groups (amidst the regeneration of others). As Donna Haraway (2013), following Marilyn Strathern (1988), puts it, “it matters what matters we use to think other matters with.” Before the coronavirus disruption we read and discussed a set of anthropological theories on gender to trace some of the ways in which various inequalities and biases reincarnate in a new medium. What other matters will my students bring up during this extraordinary time?

The disruption might be an impetus to think of the limits and advances of the virtual (considered broadly, not even in a space of collective ritual and definitely not merely the VR headset), just as our lives are in effect are in a virtual space. My students in this class tend to have a skeptical view of technology and argue for its limits. This is a crucial stance in a place like MIT — a paradise for all types of tech-lovers. In fact, the students in my class who use VR technology for their projects have been the most critical of their medium. No wonder, they found it useful to think that societies have always occupied multiple realities throughout known history.

At this moment we have been thrown into multiple VRs without a need for any headsets. My students in the seminar have the technical aspects of VR “under their belts,” so to speak. One of them, an amazing VR engineer who builds programs to help people get a glimpse into the experiences of migrants through VR, had to fly back home to another continent. “The current technology is almost reductionist, so expectations should be modest,” she said during our discussion of VR. Another student, who wants to study VR infrastructures and the experiences of users online, noted that ongoing technological innovations were easy to learn as they follow almost predictable patterns, but learning to ask questions, seek meaning, and follow politics was very hard. Equipped with a solid understanding of the limitations of technology, my students look at anthropology as a potential rescuer, one that can provide them with some necessary insights, context, and potentially new way to think and build worlds.

Strathern, Marilyn. 1988. Gender of the Gift: Problems with Women and Problems with Society in Melanesia. Berkeley: University of California Press.