Michigan | Your Money or Your Life: The Virus, the Economy, and the Trolley Problem

by Webb Keane
As the USA moved to stay-at-home orders to slow the spread of covid-19, some conservatives objected to the policies on the grounds that they would harm the economy. In March, Texas Lt. Governor Dan Patrick said he would rather risk his own life than impose restrictions on businesses, using the language of sacrificial exchange. Asserting that quarantine “is killing our country,” he went on to say “no one reached out to me and said, ‘As a senior citizen, are you willing to take a chance on your survival in exchange for keeping the American that all America loves for your children and your grandchildren?’ And if that’s the exchange, I’m all in… I don’t want the whole country to be sacrificed.” Senator Ron Johnson blithely remarked, “Getting coronavirus is not a death sentence except for maybe no more than 3.4 percent of our population,” and therefore is not worth the economic cost of enforced business closures.

Liberal opponents like New York’s Governor Andrew Cuomo responded by saying we don’t put a price on human lives. Governor Jay Inslee of Washington admonished his listeners to stay home in dire terms: “Going to the bar is fun, but you might be killing your grandad by going to the bar.” Whereas some conservatives spoke of lost jobs, their critics often accused them of merely defending elite interests, such as stock prices and corporate profits.

Of course matters aren’t that simple. We put a price on life every time we buy life insurance, and presumably even Dan Patrick would approve of at least some public health measures. But their respective public stances are revealing. Rhetorically both sides portray the situation as a stark choice: kill granddad to save the economy, or kill the economy to save granddad. By dichotomizing in this way, they converge in treating the situation as a version of the famous trolley problem in moral philosophy. In doing so, they express something fundamental and distinctive about the way Americans think of the public good and the limits of permissible agency.

The trolley problem describes various scenarios in which you must choose between two, and only two, courses of action. One will result in the death of five persons, the other in the death of just one. There is no other option: someone will die. In purely numerical terms, the answer seems obvious: the death of five outweighs that of one. But it’s not so simple. In one scenario, you must take an active role in killing the one person in order to save the five others (push a fat man in front of a run-away trolley in order to stop it). In another scenario, your action results in the death of that individual only indirectly (divert the trolley away from the track with five people onto another track where it will hit only one victim). Whereas most people consider the second option morally justifiable, they recoil at the first. This difference is often depicted as one between “killing,” which is unacceptable, and “letting die,” which is merely unfortunate.

The thought experiment is highly artificial, and elsewhere I have criticized the assumptions about ethical life that it encourages. But it does have actual counterparts in triage. One of the many challenges of applying a thought experiment to real life lies in finding the right analogies. It seems that the distinction between “killing” and “letting die” can play out in opposite directions, depending on how you see the analogy. Patrick thinks we are killing the economy in order to save a few grandparents. Inslee thinks we would be killing grandparents in order to save the economy. What are the respective morally acceptable alternatives they favor? Patrick would let granddad die (or at least risk dying) in order to save the economy. Inslee would let the economy die (or at least suffer harm) in order to save granddad.

But economics and life are only opposed if you treat “the economy” as a thing, and don’t ask what an economy is for. An economic collapse will push huge numbers of financially precarious individuals over the edge, probably adding to the numbers of “deaths by despair.” An unconstrained pandemic would not only kill large numbers of people but wreak havoc on the economy as well.

And as I noted, we put a dollar figure on human lives all the time. It’s a factor in deciding how safe to make cars and airplanes, protecting buildings against earthquakes, and determining the cost of life insurance. In medical triage, ethicists sort out patients on the basis of their respective likelihood of survival and future quality of life. But these decisions don’t escape financial calculations. Institutional decisions about how many resources to put into saving someone commonly include the price a hypothetical individual would pay for an additional year of life as one factor. Even strong defenders of quarantine often use monetary justifications for saving the lives of vulnerable individuals on the grounds of their potential future contributions to GDP.

Here we see the hegemonic language of rational choice theory which, despite some challenges, still holds a dominant place in our discourse. But sacrificial exchange (which, put that way, has its own theological implications) seems to be unavoidable. A glance inside the aggregates of populations and economies quickly shows that differences matter. Standard medical ethics does treat age as one factor in making triage decisions. Stay-at-home orders disproportionately expose service workers to both disease and unemployment. In short, not everyone on the trolley track is the same. 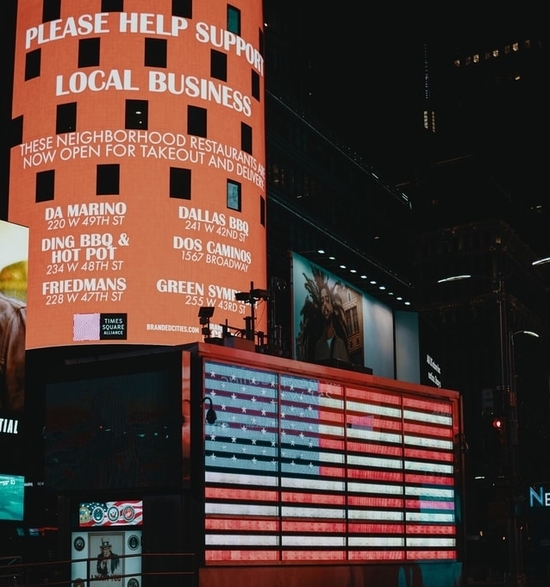 It is well known that Americans respond far more easily to unusual forms of harm suffered by highly visible individuals (like Thai boy scouts trapped in a cave or children with rare diseases) than to commonplace ones whose scale we know only through statistics (like car crashes or diabetes). Probabilistic deaths are harder to grasp in terms of personal tragedy and heroic interventions. This may be why they are easier to think of as merely “letting die” rather than “killing.”

Lt. Gov. Patrick says, of the vulnerable senior citizens that he’s willing to “take a chance,” because “we can take care of ourselves.” He translates probability into the familiar language of self-reliance and individual autonomy (and treats his own risk as unconnected to the risk he poses to others). Discrete events are easily assimilated to the view that the actions of individuals have distinct and identifiable consequences, and that others can actively respond to them. Probabilities elude this sense of agency, leaving the individual to fend for herself against forces that lies beyond human actions. When Paul Bettencourt, state senator in Texas, criticized a proposed “Stay at Home” order for Houston, he asked instead for “voluntary compliance from the public in the spirit of American liberty and Texas friendship.” Seen this way, a stoic willingness to distinguish between killing and letting die becomes a matter of national identity. Ironically, it’s a collective identity that in significant ways denies the collectivity.

So here we can glimpse the larger pattern. Americans tend to resist the idea of formal controls over the distribution of health care. At the extreme, they may imagine public health measures as so many “death squads,” deciding who lives and who dies. But fearing active interventions, they seem not even to notice that American already has a rationing system, albeit a passive one: the marketplace. The agency of the market is so displaced and naturalized as to be invisible. It seems to function without anyone needing to take action. This is the logic that allows Americans to reject “death panels” and yet accept the rationing of health care when it’s carried out by the marketplace. Actively making choices looks too much like “killing.” In contrast, submitting to the workings of the economy seems to be the more permissible choice, merely “letting die.”

Webb Keane is the George Herbert Mead Professor of anthropology at the University of Michigan. His most recent book is Ethical Life: Its Natural and Social Histories, from Princeton University Press.