Everything looks as it always does: the streets, the shops, the parks. But you know from the persistent news reports that you are vulnerable. You know it from the neighbor who told you to be safe as you left your house, from the shopkeeper on the corner whose uncle died just the week before. You know danger surrounds you, and that it can come at any time to varying degrees.

You have likely felt this, or something similar, during the Covid-19 pandemic: the unease and the uncertainty, the fear, reinforced by images of chaotic battlefields inside hospital ICU departments. Our lives have been marked by a new kind of navigational impetus, characterized by ethical decisions in what were once the most banal, everyday routines.

In some ways, those feelings echo what decision-making can look like in an asymmetrical conflict such as the nineteen-year war in Afghanistan, where life goes on despite bombs, kidnappings, and targeted killings. A sudden spike in cases or a brief paroxysm of violence can focus one’s attention and make the danger visceral and immediate, but there is also the lulling effect of the everyday, when one wonders whether anything is happening at all. We tire of washing hands, even though we know the virus is still very much present, just as we might tire of constantly monitoring our surroundings for possible threats, though we know attacks can happen at any moment. Caution fatigue in a pandemic might not be so different from vigilance fatigue in a war zone (Vigh 2011; Rogers 2020).

At the risk of oversimplification that might obscure some of the nuances of these experiences, the parallels can offer some equally enticing insights into how a society wracked by decades of uncertainty can cope with additional layers of crisis. In Afghanistan, the experience of “endemic” violence and war has contributed to, and perhaps expanded, an existing culture of mutual support networks. Afghans, in this sense, are involuntary experts of uncertainty after more than four decades of war, from the Soviet invasion to constant attacks by the Taliban and other terrorist groups. In the absence of effective institutional structures, they have been forced to rely on informal structures to cope. This dynamic points to a deeper truth the pandemic has revealed: as Covid-19 has hit, it has impacted each country differently, amplifying various pre-existing social as well as economic inequalities. At the same time, it has also amplified pre-existing strategies that people use to navigate situations of change and uncertainty.

The pandemic first hit Afghanistan in March, with the initial super-spreading event likely being Afghans returning from Iran, one of the epicenters (Faizi and Zucchino 2020). Afghans faced similar struggles to what others around the world were confronting. Families lost livelihoods, children were suddenly home from school, shops were inaccessible, and the rapid inflation in food prices sent shudders of panic through already vulnerable populations. The government scrambled to uphold a semblance of normalcy but struggled even to process the paperwork for paying bureaucrats. Banks, meanwhile, were overwhelmed, and for those who still had jobs, salaries were delayed. On top of that, the arrival of the pandemic hit a country only partially controlled by the government, where attacks remain frequent, and where 55% of people live under the poverty line (World Bank 2020). Social distancing measures and stay-at-home orders meant the prospect of starvation for many Afghans.

In place of what would be, under “normal” circumstances, the role of effective government infrastructure – emergency management, healthcare, etc. – many communities across the country turned to informal mechanisms of support that coalesce in times of need. One example of such solidarity networks is organized around the concept of “khairat,” which means doing good or rewards for goodness. Khairat is an Afghan concept that refers to many different types of charity, including alms-giving, distribution of food to the poor, and supporting people in need. While not explicitly an Islamic concept, it is seen by both Sunni and Shia Muslims as an act to secure the dignity and status of oneself and the community in “this world and the next” (“duniya wa akhirat”) by ensuring that everyone is cared for.

Khairat is different from Islamic taxes (zakat) or compulsory charity (sadaqah). In these cases, the ownership of the money or property has to be transferred to the community, while khairat donations remain in the hands of the givers until they personally transfer them to someone of their choosing. During the consecutive wars and currently in the pandemic, khairat has become one of the defining features of communal support in Afghanistan. 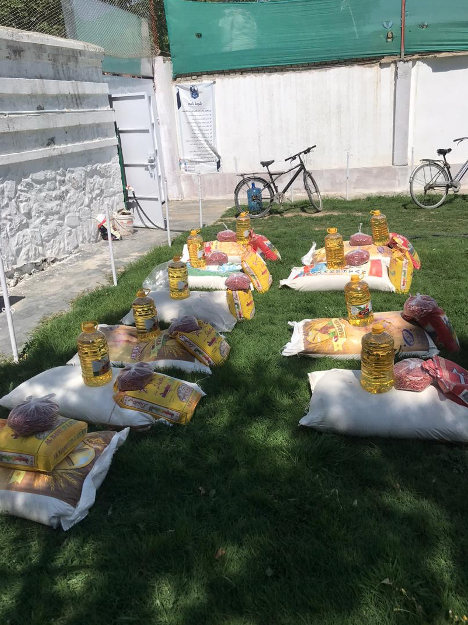 About a week into quarantine, individuals, the business community, and political activists began organizing networking events, mostly through social media or private contacts, to identify people in need and raise money to procure food. While it is hard to determine the exact number of beneficiaries of these khairat initiatives, the average number of families who received food or monetary support in one network ranges between 30-100 per initiative. We have documented cases in the urban centers where we have conducted most of our research in the past, such as Herat, Mazar-e Sharif, and Kabul, though these solidarity networks are not limited to these cities.

Many of these responses grew out of existing khairat networks set up to address issues related to insecurity in a conflict environment. In one instance, Ghazal, a young dentist in her thirties in Kabul, organized support through a pre-Covid-19 network she had established to help the poor access healthcare and education or to start small businesses with loans. At the onset of the quarantine, she extended the network to family, friends, and contacts in the diaspora to pool a broader range of resources. The network was able to quickly mobilize local food drives for the most vulnerable in their communities. These efforts were motivated in part by the concern that inaction would undermine the work Ghazal had done previously. “I wanted to ensure that our social environment does not collapse under the enormous weight of the pandemic,” Ghazal said. “I felt compelled to help, because we should not let erode what we have (built) [Naqd ra ba Nasia Nati].”

The sudden onset of the pandemic combined with the fear of the disintegration of society during uncertain times, as experienced during previous decades of war, evoked in Ghazal a feeling of duty for khairat. As an established cultural tradition, mobilizing her network was on the one hand a pious act, but also intimately tied to the traumas of Afghanistan’s recent history. Like other solidarity networks – remittances, for instance – these networks are, for many Afghans, often the only social security net available. As Ghazal explained to us, everyone has to do their part in the community to ensure its viability in the absence of reliable institutions. 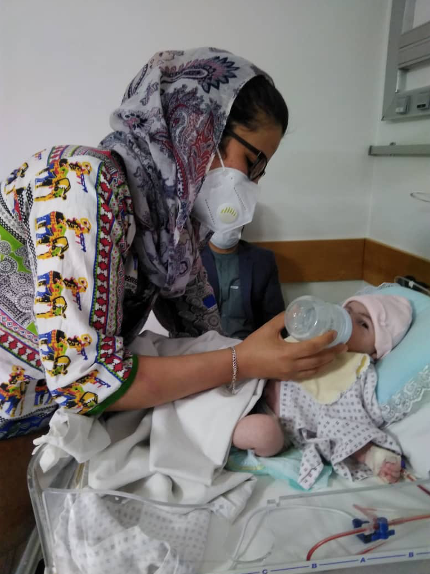 Multiple adaptations of the network. Dr. Ghazal and baby. (Afghanistan)

Ghazal’s khairat network forms the basis for community-level responses to crises that are adaptive. First, the network worked with the poor to help them access healthcare and loans to address structural deficiencies in society. Then, it turned to the pandemic, which is a long-term crisis that requires sustained mobilization. Lastly, the network shifted gears again to deal with a specific attack, in a directed response in support of very specific victims. On May 12, unidentified gunmen stormed a government-run maternity hospital in western Kabul that offered life-saving medical care for women. After an attack that left twenty-four dead, including mothers, nurses, and two newborns, Ghazal’s volunteers collected funds to pay for the treatment of six wounded mothers and pregnant women, as well as several newborn children, including one who had been shot three times.The promises and limitations of khairatThis extension of khairat support for the women and children affected by the attack resembled the pooling of financial resources to access medical treatments that is now a common sight after decades of instability which has decimated Afghanistan’s healthcare system (Hendricks 2019). However, contrary to the khairat network that supported non-kin in need, it is usually friends and family who opt to pool money for consultations and procedures abroad in Pakistan and India, particularly the latter due to its booming medical tourism sector. While Westerners might opt for medical tourism to reduce treatment costs, Afghans travel out of sheer necessity due to the lack of resources in their own country (Baujard 2012). As nations have turned inward during the pandemic, however, border closures have deprived Afghans of this medical treatment alternative, which had previously extended their ability to cope.

Thus, Afghans face multiple, intersecting problematics, all corollaries of the cruel combination of a global pandemic and the consequences of sustained conflict. They have, in some ways, learned to navigate decades of insecurity and uncertainty, which has positioned them to at least mitigate some of the crises brought on through pandemic lockdowns and a faltering economy. However, the extent of the ensuing medical emergency is yet unknown. As of the time of writing, both Covid-19 infection and death rates are suspiciously low due to a combination of factors ranging from extremely low testing capacity and an overwhelmed healthcare system to the unpreparedness of government institutions. While informal support networks can bring relief for some of the immediate needs, their scope is also limited. They were well positioned to respond to resource scarcity brought on by the economic impact of the pandemic, but it is doubtful that they will be able to respond to the full extent of the medical emergency. Resource pooling in the health-care sector was a viable coping strategy while access to other countries’ health infrastructure was still available. However, at a time when borders are closed and countries have turned their attention inward, Afghans are thrown back on national structures and institutions (or the lack thereof) for a sustained and long-term response. In this sense, the pandemic is a cruel teacher – it shows how individually led solidarity movements can alleviate suffering through their adaption to multiple scenarios, but also the limits of these efforts in the absence of a larger infrastructure of support.

Dr. Annika Schmeding is a current Junior Fellow at Harvard University’s Society of Fellows. She holds a PhD in cultural anthropology from Boston University.

Dr. Omar Sharifi is Assistant Professor of Humanities at the American University of Afghanistan. From 2006 to 2008, he studied Cultural Anthropology at Columbia University in New York under a Fulbright Fellowship. He completed his PhD in anthropology from Boston University in 2019. 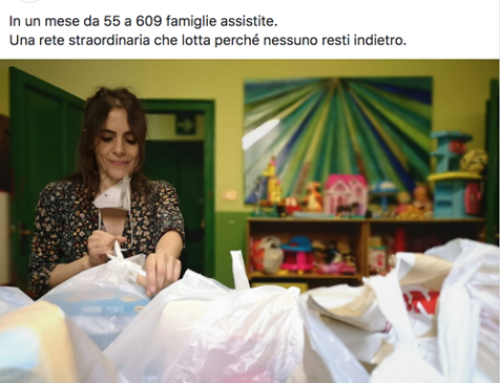 No Crisis Is An Island: On Migration, Pandemic, and Everyday Struggles in Sicily Megan A. Carney Gallery

No Crisis Is An Island: On Migration, Pandemic, and Everyday Struggles in Sicily 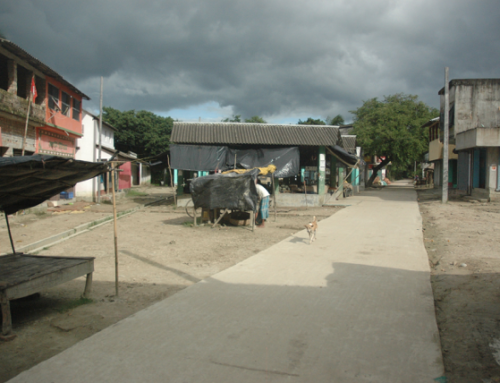 A New Crisis and an Old Conversation: Reflections on Quotidian Care in the Sundarbans Megnaa Mehtta Gallery

A New Crisis and an Old Conversation: Reflections on Quotidian Care in the Sundarbans 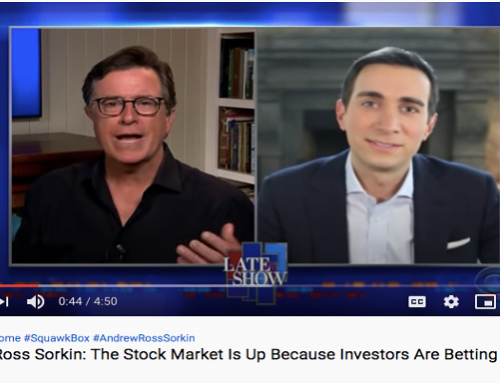 Why the Stock Market is Rising Amidst a Pandemic and Record, Racialized Inequality Karen Ho Gallery

Why the Stock Market is Rising Amidst a Pandemic and Record, Racialized Inequality 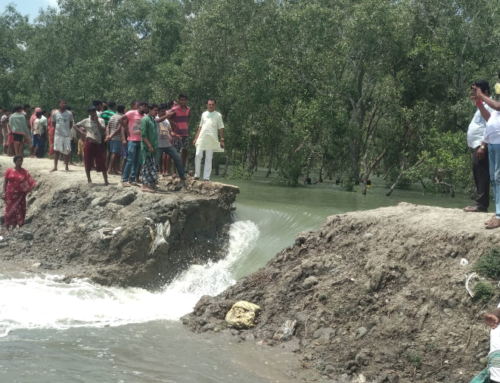 Of Pandemics and Storms in the Sundarbans