Funding Anthropological Research in the Age of Covid-19

On Monday, March 9, 2020 I was on my way to SFO to catch a red eye to New York, where I was scheduled to spend the month, when I got a text from a staff member. Are you sure you want to come back? No need to panic, I thought to myself. My disabled adult daughter was in good hands in Santa Cruz, and my day in Berkeley had been normal enough. Amused by the ritual, my colleagues and I had bumped elbows to greet one another at the manuscript workshop we had all been part of. By the end of the day, we’d dropped the pretense and had parted with hugs. There had been talk of the Princess cruise liner that had just docked in Oakland at lunch. But the restaurant where we had dinner was open and crowded, even if there were few people on the sidewalk when I left to fetch my car. As I was crossing Shattuck, a lime green contraption rolled up to the intersection and stopped: a delivery robot, the harbinger of something, although at the time it was hard to tell exactly what. I caught my flight, and the next morning, on the subway from JFK to Manhattan, a young woman wearing a mask stood up to give me her seat. Only now does it strike me that this was less act of kindness than an effort to stay away from people who might be sick. At the office, the mood was vaguely uneasy. But mostly, it was just another day.

Covid-19 took time to sink in. At Wenner-Gren, we tend to assume that our grantees know best when it comes to the risks they face in their field sites. We explain that we will work with them should they need to evacuate or delay their project’s start date. But we rarely tell them what to do. Initially, it was hard to see why the risks associated with the novel coronavirus might demand a different response. This changed quickly. On Wednesday, March 11, the WHO director general announced at a media briefing that the Covid-19 outbreak was a pandemic1. On Thursday, March 12, the markets were in free fall, and the Metropolitan Museum abruptly announced it would close its doors at the end of the day. Fearing what would happen if my daughter Millie got sick and I was stuck in New York, I flew back to California the next morning. On Monday, March 16, we received an email from a grantee seeking our guidance. The country where she was working had imposed no restrictions, and she was scheduled to begin spending a lot time out in public. But she was uneasy – “fieldwork is pretty much the opposite of social distancing,” she wrote. What should she do? A few days later, we heard from a reviewer who wanted to know how she should evaluate research grant proposals from the November 1, 2019 deadline. None of these projects were going to be feasible. In what universe did it make sense to act as if nothing had changed? By that time, I’d settled into the sprawling Victorian that Millie shares with our dog and her caregivers. The staff was sheltering in place back east, scattered across two boroughs and three states, and we held Zoom meetings, Hollywood Squares-style. It felt like a lifetime had gone by.

We found ourselves making tough decisions2. It’s not just fieldwork in cultural anthropology that’s the opposite of social distancing, we quickly realized. The same could be said of research in archaeology, which is almost always a team sport, and biological anthropology, which involves everything from travel to museum collections to the collection of samples from far-flung groups. To get the job done, anthropologists have to talk to people who may be strangers to one another: villagers and geologists, weapons designers and anti-nuclear activists, bureaucrats and people living with chronic diseases. “We have an ethical commitment to our grantees and the communities affected by their work,” we repeated in the flotilla of communications we drafted to grantees and applicants. There was no need to state the obvious: in the age of Covid-19, we anthropologists are vectors, and the communities potentially affected by our work includes just about everyone on the globe. 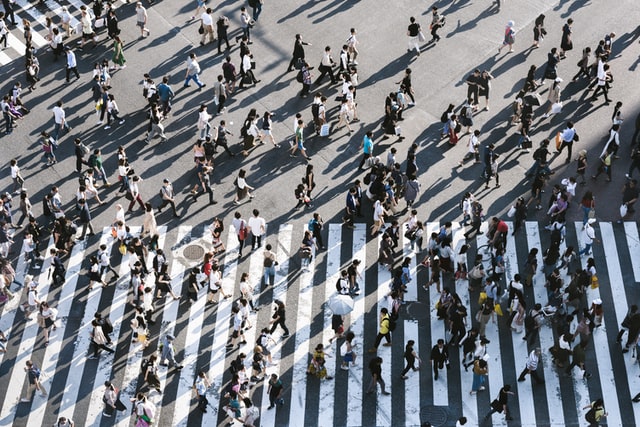 And so, here we are, trying to navigate this new reality. What comes next for anthropologists and those who fund them? Is there a place for anthropological research in the age of Covid-19? The way forward is far from clear. But I can’t help but feel that how anthropologists understand research, and their obligations to those involved in it, will need to change.

In my current role, I have the luxury of learning from the scholars who apply to us. Over the next two months, applicants who applied to us for research grants at the November 1, 2019 deadline will be uploading additional material explaining how they are rethinking their projects in light of the challenges posed by Covid-19. We’ll also be receiving proposals in our new Global Initiatives Grant program for collaborative projects relating to the pandemic’s impact on the field. A colleague in Spain recently sent me an email describing the horrific situation in his country and its impact on the minoritized people he studies, who are suffering disproportionate from the virus and being blamed by some as its cause. “All we can do is watch, and document,” he said. I’ll be watching, and documenting, the creative strategies our applicants come up with, in their efforts to watch and document in this new reality. I’ll learn a lot from the safe and ethical methods they come up with, but I’m also hoping to gain some insight into some more general concerns. These concerns revolve around how the pandemic is forcing us to refine our understanding of what counts as an anthropological question, our understanding of what counts as the ethnographic present, and our responsibilities as a discipline to those who produce research and to those directly affected by it. Let me take these points one by one.

One of the admirable things about anthropology in recent years is how it’s seized upon new and charismatic objects of observation. We have come up with projects that involve spending time in the company of sanitation workers, UN translators, astronomy enthusiasts, and Title IX officers. Covid-19 is going to force us to think more intentionally about the point of this kind of work, beyond bringing new people and practices into anthropological view. We may not be able to frequent the dumps, refugee camps, laboratories, and offices where we would like to conduct fieldwork. Instead, we are going to need to zoom out to the broader dynamics we hoped to investigate, and then zoom back in again, to the new and awkward spaces where we suspect we’ll find clues to the puzzles that concern us. In doing so, we will discover that our research goals have changed. And yet, to honor the distinction Fernando and Trouillot propose, we will need to recognize that there are multiple ways of asking an anthropological question. Covid-19 will teach us that a good project can’t be trapped in a single site.

Then there is our –the larger “we’s” – obligation to those affected by our research. Fieldwork in the age of Covid-19 will place, in part, though virtual means. But it will not, for the most part, resemble previous studies of digital communities and virtual worlds5. People on the privileged side of the digital divide are working and socializing on FaceTime, Skype, and Zoom. Others are communicating through songs sung from windows, poetry on banners, voice messages, and letters sent by mail (see Shams 2020). What they are experiencing is not like living in Second Life (see Boellstorff 2008). Most of these people are deeply worried – about getting sick, about their children getting an education, about how they will pay the rent. Ethnography demands time and energy on the part of everyone who participates in it. Some of the methods now under discussion ask of research participants that they themselves act as researchers, gathering evidence from their surroundings and lives. They shouldn’t have to do this for free. It won’t simply be a matter of adding to our budget for “gifts for informants.” In the age of Covid-19, the questions we ask are going to have to matter deeply to everyone involved. We will need to ask ourselves whether our projects are still feasible. But we will also need to ask ourselves why they should be done.

Covid-19 raises practical and ethical questions for anthropologists and those who support them. It also raises questions about the purpose of what we do. In the present moment of danger and possibility, the world needs anthropologists more than ever. But we are not going to emerge from this unchanged.

[1] See WHO 2020. [2] These included postponing the review of applications submitted at our November 1, 2020 deadline; telling applicants planning to apply for research grants at the May 1, 2020 deadline they would have to wait until fall; calling on workshop organizers to postpone their meetings or hold them virtually; announcing that we would not accept applications for in person conferences and workshops until the December 1, 2020 deadline; and delaying our next symposium by a year. [3] The concept of the chronotope is useful here. See Bakhtin 1981. Bakhtin’s thinking on the topic captures the sense that we are always in multiple stories, which start and end at different places and moments and fall into genres that help us to make the present moment make sense. [4] Some of these students number among the strikers who are still refusing to submit grades from fall quarter; several were among the students who received termination letters in February 2019 and risk losing their health insurance in the midst of the pandemic. See Arani et al 2020. [5] Here, I have in mind the path breaking books of Tom Boellstorff (2008), Biella Coleman (2012), and Chris Kelty (2008). These classics in the field of digital anthropology have something to teach us, but not everything. Still, I am confident that their authors will provide leadership in helping us think through what the current moment demands.

Bakhtin, Mikhail M. 1981. “Forms of Time and of the Chronotope in the Novel.” In The Dialogic Imagination: Four Essays. Austin: University of Texas Press.

Tsing, Anna. 2015. The Mushroom at the End of the World: On the Possibility of Life in Capitalist Ruins. Princeton, NJ: Princeton University Press.

Danilyn Rutherford is President of the Wenner-Gren Foundation for Anthropological Research.