Trust amid “trust deficit”
War, credit, and improvidence in Kashmir
by ADITI SARAF

Law, politics, and efficacy at the European Court of Human Rights
by JESSICA GREENBERG

Feminism, Violence, and Representation in Modern Italy:
“We Are Witnesses, Not Victims.”
by Giovanna Parmigiani • reviewed by CLAIRE BRANIGAN

The Political Lives of Saints:
Christian‐Muslim Mediation in Egypt
by Angie Heo • reviewed by HIKMET KOCAMANER

The Psychology of Women under Patriarchy
by Holly F. Mathews and Adriana M. Manago • reviewed by GIOVANNA PARMIGIANI 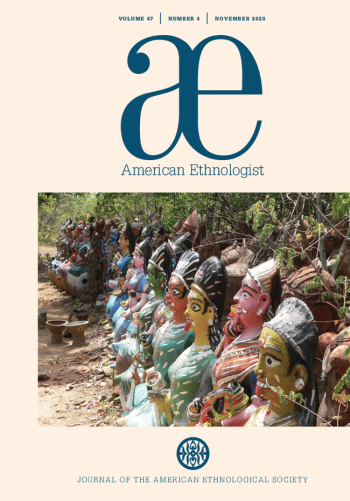