Brexit Britain
Why we are all postindustrial now
by Gillian Evans

Made in Britain
Brexit, teacups, and the materiality of the nation
by Ana Carolina Balthazar

What’s in a vote?
Brexit beyond culture wars
by Insa Koch

Trump’s election and the “white working class”
What we missed
by Christine J. Walley

Walking like a Christian
Roads, translation, and gendered bodies as religious infrastructure in Papua New Guinea
by Courtney Handman

Can the subaltern listen?
Self-determination and the provisioning of expertise in Papua New Guinea
by James Slotta

From Notes to Narrative
Writing Ethnographies That Everyone Can Read
by Kristen Ghodsee • reviewed by Kathryn A. Kozaitis

Evil in Africa
Encounters with the Everyday
by William C. Olsen and Walter E. A. van Beek and eds. • reviewed by Casey Golomski

Who Counts?
The Mathematics of Death and Life after Genocide
by Diane M. Nelson • reviewed by Douglas V. Porpora

Bukharan Jews and the Dynamics of Global Judaism
by Alanna E. Cooper • reviewed by Natasha Zaretsky

Race on the Move
Brazilian Migrants and the Global Reconstruction of Race
by Tiffany D. Joseph • reviewed by Christen A. Smith

Where the River Ends
Contested Indigeneity in the Mexican Colorado Delta
by Shaylih Muehlmann • reviewed by Randall H. McGuire

Skin for Skin
Death and Life for Inuit and Innu
by Gerald M. Sider • reviewed by Barnett Richling

Dwelling in Conflict
Negev Landscapes and the Boundaries of Belonging
by Emily McKee • reviewed by Barbara J. Michael

Resonance
Beyond the Words
by Unni Wikan • reviewed by Don Seeman 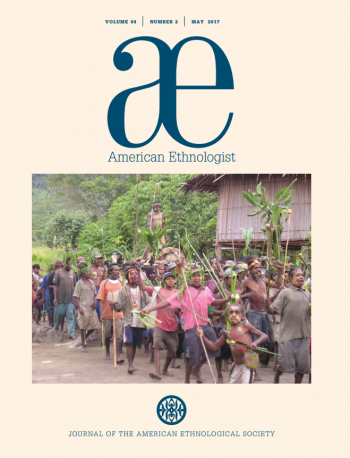