Fixed abodes
Urban emplacement, bureaucratic requirements, and the politics of belonging among West African migrants in Paris
by Aïssatou Mbodj-Pouye

Ethnography at its Edges

The insistence of religion
A review essay
by Jon Bialecki

Caged In on the Outside
Moral Subjectivity, Selfhood, and Islam in Minangkabau, Indonesia
by Gregory M. Simon • reviewed by Webb Keane

Sustainable Development
An Appraisal from the Gulf Region
by Paul Sillitoe and ed. • reviewed by Martin Skrydstrup

Beyond the Big Ditch
Politics, Ecology, and Infrastructure at the Panama Canal
by Ashley Carse • reviewed by Dana Graef

The Arts of Citizenship in African Cities
Infrastructures and Spaces of Belonging
by Mamadou Diouf and Rosalind Fredericks and eds. • reviewed by Antina von Schnitzler

Ordinary Medicine
Extraordinary Treatments, Longer Lives, and Where to Draw the Line
by Sharon R. Kaufman • reviewed by Katherine A. Mason

Sinophobia
Anxiety, Violence, and the Making of Mongolian Identity
by Franck Billé • reviewed by Andrea Chiovenda

Wild Life
The Institution of Nature
by Irus Braverman • reviewed by Carolyn A. Jost Robinson

Artifacts and Allegiances
How Museums Put the Nation and the World on Display.
by Peggy Levitt • reviewed by Geoffrey White 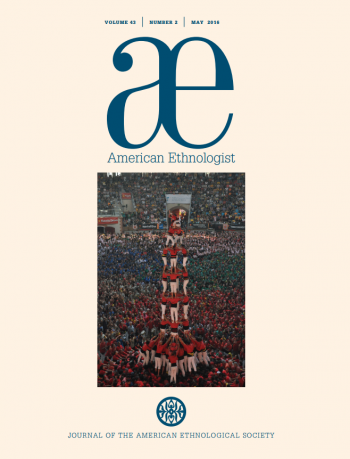