Biomedicine, the whiteness of sleep, and the wages of spatiotemporal normativity in the United States
by Matthew Wolf-Meyer

Spectacular infrastructure and its breakdown in socialist Vietnam
by Christina Schwenkel

Not Hollywood
Independent Film at the Twilight of the American Dream
by Sherry B. Ortner • reviewed by Naomi Shiller

Young Men, Time, and Boredom in the Republic of Georgia
by Martin Demant Frederiksen • reviewed by Erik Aasland

Rhinestones, Religion, and the Republic
Fashioning Jewishness in France
by Kimberly A. Arkin • reviewed by Andrea L. Smith

The Social Life of Water
by John R. Wagner • reviewed by Emily McKee

Birth in the Age of AIDS
Women, Reproduction, and HIV/AIDS in India
by Cecilia Van Hollen • reviewed by Joseph S. Alter 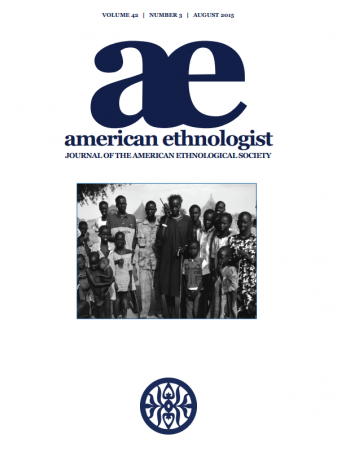