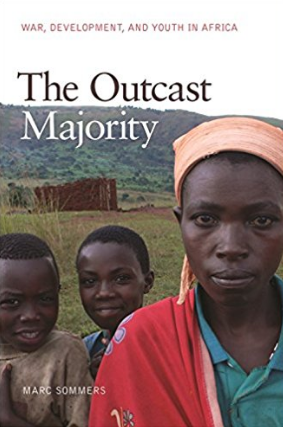 War, Development, and Youth in Africa

The Outcast Majority is continental in scope and draws on a massive amount of documentary material and extensive in-depth interviews with war-affected youth in many countries, among them Sierra Leone, Liberia, Rwanda, and Burundi. It sheds new light on problems of development and underdevelopment, war and peace, gender and generation, social exclusion and rural-urban and international migration. Written in refreshingly lucid prose, The Outcast Majority vividly portrays how people endure the traumas of war and its aftermath.

Finding the concept of post-traumatic stress disorder or PTSD inadequate for describing the multiple and prolonged devastating experiences of his interlocutors, many of whom were born in wartime and never experienced stability or peace, Sommers adopts Gregory and Embrey’s notion of PCT or profound catastrophic trauma. He persuasively calls into question the emphasis on technocratic solutions and on resilience that figure so prominently in the international development literature and in the practice of development agencies.

The Outcast Majority is a powerful manifesto for youth inclusion and for rethinking development doctrine and practices from top to bottom. It is also a model of how ethnographic research can tackle the largest and most meaningful problems, report findings in accessible language and suggest compelling policy alternatives.