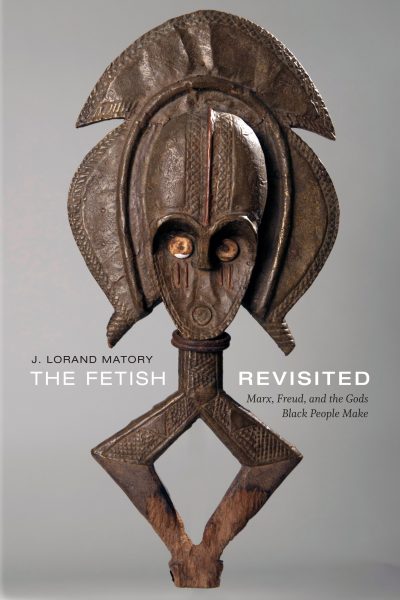 Like the spirited things of the Afro-Atlantic religions from which Matory has learned so much, his book is a literal vessel bringing together distinct forces that are at once conflicting and intertwined. Holding them in tension and forcing them to reveal new resonances, The Fetish Revisited takes on Marx, Freud, and the gods that Black people make in three sections. By the end, Matory has both defetishized all three and written them together into a new fetish, an “Afro-Atlantic theory of theory” that takes up ambivalence as its productive core. With this revisited, reworked fetish, he strikes deep at the root role that Western social theory has played, by its multifaceted and often subtle denigration of African thought, in structuring and promoting racial domination globally.

The Fetish Revisited addresses the potency of things, yet without downplaying the human; it speaks to contemporary debates on agency and materiality from a totally unexpected angle, reframing them within a longstanding historical struggle over racialization that crosses continents and divides and binds at once—beginning with the classic fetishes of the slave-trading Guinea coast. At the same time, this book is deeply personal. It shows how these historical, living conflicts and resonances constitute Matory himself in his life-long search, in his faith in the orixás as in his anthropological training, and in the limits of these faiths. As he pushes on those limits, he makes us feel the crossroads that make him him, that make us us, and that demand not resolution but ever-renewed, energetic revisiting. The Fetish Revisited is not just, as fetishes should be, unremittingly lively and mind-blowingly inventive. It sets out new expectations for what a book should be and do: not a book anymore but a living, active presence in the universe, animated by the gods it (only ever provisionally) masters into its orbit.