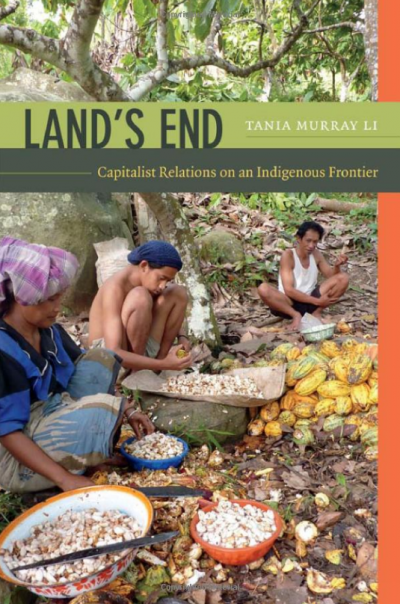 Capitalist Relations on an Indigenous Frontier

Tania Murray Li’s Land’s End is a powerful, poignant longitudinal ethnographic study of how Lauje highlanders on the Indonesian island of Sulawesi embraced cash cropping, privatized their commons and set in motion new and largely unanticipated processes of class differentiation, social exclusion, exploitation and migration. Tragically, it was not corporate land grabbers or the Indonesian state that initiated these shifts, but rather the highlanders themselves, who dreamed of a better life and hoped to enter their imagined version of modernity. Land’s End is a compelling critique of both conventional development prescriptions that see market relations as a panacea for rural poverty and of social movements that stress indigenous rights, environmental protection and food sovereignty but that fail to address the needs of or even to see vulnerable groups which don’t fit their preconceived notions of indigeneity or peasant-ness.