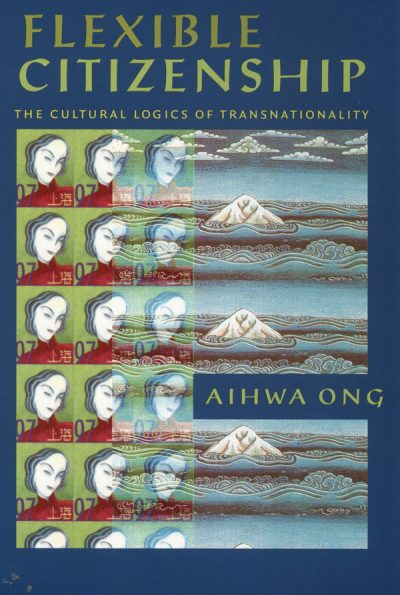 The Cultural Logics of Transnationality

Few recent phenomena have proved as emblematic of our era, and as little understood, as globalization. Are nation-states being transformed by globalization into a single globalized economy? Do global cultural forces herald a postnational millennium? Tying ethnography to structural analysis, Flexible Citizenship explores such questions with a focus on the links between the cultural logics of human action and on economic and political processes within the Asia-Pacific, including the impact of these forces on women and family life.
Explaining how intensified travel, communications, and mass media have created a transnational Chinese public, Aihwa Ong argues that previous studies have mistakenly viewed transnationality as necessarily detrimental to the nation-state and have ignored individual agency in the large-scale flow of people, images, and cultural forces across borders. She describes how political upheavals and global markets have induced Asian investors, in particular, to blend strategies of migration and of capital accumulation and how these transnational subjects have come to symbolize both the fluidity of capital and the tension between national and personal identities. Refuting claims about the end of the nation-state and about “the clash of civilizations,” Ong presents a clear account of the cultural logics of globalization and an incisive contribution to the anthropology of Asia-Pacific modernity and its links to global social change.
This pioneering investigation of transnational cultural forms will appeal to those in anthropology, globalization studies, postcolonial studies, history, Asian studies, Marxist theory, and cultural studies.