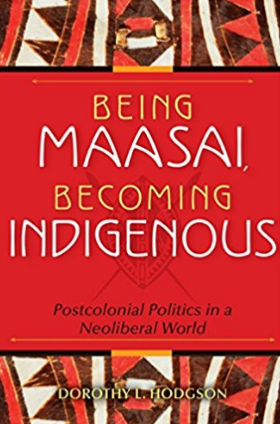 Postcolonial Politics in a Neoliberal World

What happens to marginalized groups from Africa when they ally with the indigenous peoples’ movement? Who claims to be indigenous and why? Dorothy L. Hodgson explores how indigenous identity, both in concept and in practice, plays out in the context of economic liberalization, transnational capitalism, state restructuring, and political democratization. Hodgson brings her long experience with Maasai to her understanding of the shifting contours of their contemporary struggles for recognition, representation, rights, and resources. Being Maasai, Becoming Indigenous is a deep and sensitive reflection on the possibilities and limits of transnational advocacy and the dilemmas of political action, civil society, and change in Maasai communities.