How many worlds are there?
Ontology, practice, and indeterminacy
by PAUL NADASDY

Contamination in theory and protest
by DAVID BOND

The self in a time of constant connectivity
Romantic intimacy and the ambiguous promise of mobile phones for young women in Gilgit, northern Pakistan
by ANNA-MARIA WALTER

On shame
The efficacy of exclaiming uiat! in Kyrgyzstan
by JULIE McBRIEN

Guardians of the forest or evil spirits?
Unsettling politicized ontologies in the Cambodian highlands
by CATHERINE SCHEER

Scholarship, Money, and Prose: Behind the Scenes at an Academic Journal
by Michael Chibnik • reviewed by ERIC GABLE

Religion and Daily Life in the Mountains of Iran: Theology, Saints, People
by Erika Friedl • reviewed by MARY ELAINE HEGLAND

Making Global MBAs: The Culture of Business and the Business of Culture
by Andrew Orta • reviewed by YUSON JUNG

Anthropology and Radical Humanism: Native and African American Narratives and the Myth of Race
by Jack Glazier • reviewed by HERBERT S. LEWIS 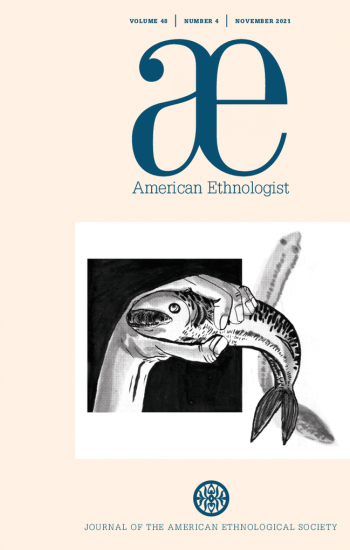